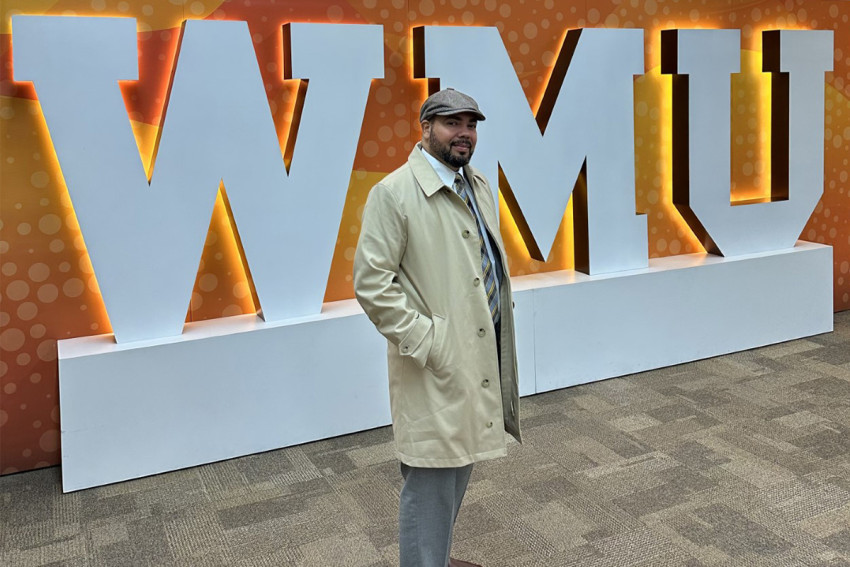 KALAMAZOO, Mich.—Following a nationwide search, Western Michigan University has named Dr. Julian Vasquez Heilig as its next Provost and Vice president for Academic Affairs. Vasquez Heilig is currently dean of the University of Kentucky (UK) College of Education, where he has led the charge to raise the college's profile and championed strategies that helped increase enrollment and diversity. His appointment will be effective Jan. 4, pending WMU Board of Trustees approval.

"We are thrilled to have Dr. Vasquez Heilig bring his experience and track record of achievement to help elevate Western Michigan University's mission as our chief academic officer," says President Edward Montgomery.

"He is a proven scholar who also has been elevated to leadership roles at major public universities in three states, including at Kentucky's flagship institution. He brings outstanding results in growing enrollment, increasing student and faculty diversity, developing innovative programs, and forging beneficial partnerships inside and outside the academy," Montgomery says.

The University launched the provost search last spring, seeking a bold thought leader and change agent to work in concert with faculty and staff in an environment designed to help students pursue their purpose, prosper in meaningful careers and make an impact on the world around them.

Vasquez Heilig currently serves about 3,000 students, staff and faculty as dean of the University of Kentucky's College of Education, which includes more than 70 programs across a wide range of fields. With an emphasis on recruitment during his three-year tenure, the college saw a 63% increase in freshmen this fall compared to 2019.

Vasquez Heilig prioritized increasing diversity among teachers and recruiting more students to the teacher pipeline amid a growing shortage in the United States. This fall, the college saw an 83% increase in freshmen majoring in teacher preparation programs compared to the number of incoming education majors in 2019. Freshman students of color majoring in teacher preparation programs grew by 275% during the same time period. The number of faculty of color in his college also increased under his leadership, and the college achieved its highest-ever ranking by U.S. News & World Report.

"I am excited to return to my home state to serve on the leadership team at Western. I look forward to supporting the Bronco family in leading innovation and scholarship that will have an impact on the communities we serve," Vasquez Heilig says.

"I have always found Western—where my mother earned her master's degree—to be such an inviting campus. The academic programs here strongly enable students to prepare for roles that will impact issues we face in Michigan and across the nation. It is an honor to be part of helping students discover their purpose and prepare for meaningful careers."

A professor of educational policy studies and evaluation as well as a faculty affiliate in African American and Africana studies at the University of Kentucky, Vasquez Heilig's academic research and institutional work focus on equity and innovation, with an emphasis on collaboration and community engagement. The University Council for Education Administration recently honored Vasquez Heilig with the 2022 Linda C. Tillman Social and Racial Justice Award, which recognizes outstanding leadership in furthering the values of diversity, equity and social justice in educational organizations.

"Dean Vasquez Heilig has led the College of Education through a period of growth, which speaks directly to the need for more teachers in our state and in our country," says University of Kentucky Provost Robert DiPaola. "His public scholarship, around issues of equity, has contributed to much of the conversation that is happening nationally on these critical questions, as well. Western Michigan is getting a national leader in education, someone committed to students and their success and to the value that higher education has for our country."

Vasquez Heilig has served as an academic leader in college, department, program, center and association settings during the past 15 years. Prior to his deanship at the University of Kentucky, he held leadership and faculty positions at California State University from 2014-19 and University of Texas at Austin from 2007-14. He has also served as a civil rights leader and on several educational policymaking bodies from the local to international level, working to advance equity and bridge gaps in access and engagement.

The Board of Trustees is expected to consider the appointment at its December meeting.