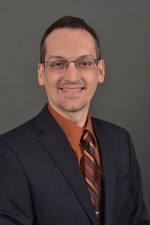 Colin MacCreery graduated from Western Michigan University in 2017 with his Master’s Degree in Computer Science. He is a lifetime member of the Computer Club at WMU and served two terms as Vice President. Under the guidance of Dr. Robert Trenary, he has reworked the CS2230 curriculum for a new microcontroller architecture. He was awarded an Outstanding Service Award by the Department of Computer Science in 2017 as well as a Graduate Teaching Effectiveness Award for the 2016-17 academic year. His interests include embedded programming, upcoming programming languages, programming language design, web frameworks and server backend applications.