The work of WMU computer science professor and researcher Dr. Fahad Saeed recently was highlighted by the National Science Foundation and recognized as a breakthrough in the world of mass spectrometry-based protein research. The article, “Surfing for algorithms,” showcased Saeed’s research on how to reduce the deluge of data produced by mass spectrometers analyzing proteins. The article appeared in the online publication sciencenode.org, which is funded by the National Science Foundation and CERN, the European Organization for Nuclear Research. Saeed, who also is director of the College of Engineering and Applied Sciences Parallel Computing and Data Science (PCDS) lab, found a way to speed up large-scale protein analysis by 100 times.  He and his Ph.D. student Muaaz Awan did so by dismissing conventional assumptions that all data in the mass spectrometry-based protein research is relevant. Instead, they searched for ways to identify only the relevant data. “We wanted to find a way to sift through all the ‘noise’ in these huge data sets in protein analysis,” Saeed said.  Called MS-REDUCE, Saeed’s algorithm reduces the irrelevant data points in the large data streams, accomplishing in an hour what typically takes three days. “We hope this sets the stage for personal and precise medicine, making analysis of proteins and identifying related health issues faster and more affordable, “ he said. Dean Houssam Toutanji, of WMU’s College of Engineering and Applied Sciences, said Saeed and his team have made impressive and important contributions to large-scale protein studies that lay the foundation for more personalized medicine in the future.

“Since joining our college in January 2014, Dr. Saeed has received five funded grants totaling more than $230,000,” Toutanji said. “He is an asset to our faculty and our students and has accomplished a great deal in a short time.”

Dr. Elise DeDoncker is a Co-PI with Diana Prieto (IME) PI, and Rajib Paul (STAT) Co-PI on a grant from the NSF Program on Service, Manufacturing, and Operations Research, in the Division of Civil, Mechanical and Manufacturing Innovation (NSF CMMI). The award entitled "Sampling Criteria for Monitoring Influenza Emergencies Under Constrained Testing Capabilities". The grant runs from 09/01/15 for 36 months.

Focused on designing Maple objects that support research and instruction in formal languages and automata theory. [more] By: Donald Nelson

When the Unified Modeling Language models designed by developers from different fields become so complicated, it is really hard for developers to manually find any inconsistencies among these models. Our utmost research goal is to build some automatic tools which relieve software developers' pain in finding inconsistencies/errors in software models. By: Wuwei Shen 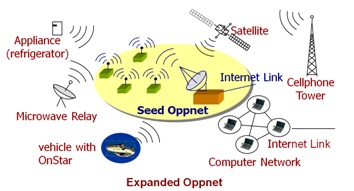 Oppnets leverage their capabilities by exploiting the wealth of pervasive devises that are within their reach, crossing hardware, software, and communication barriers to produce extra computing power. [more] By: Leszek Lilien, Ajay Gupta, Zijiang (James) Yang 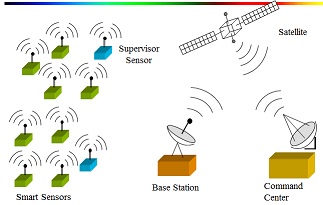 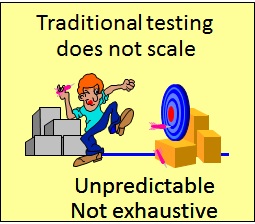 Software is increasingly becoming the vehicle of modern civilization, playing a crucial role in our society. Consequently, the problem of making software reliable has become one of today's most important challenges. Studies estimate that bugs in software cost businesses worldwide about $175 billion annually. In addition, software failures can lead to loss of life in safety-critical systems such as airbag-deployment systems and aircraft collision-avoidance systems. Our research aims to develop practical tools and methodologies that can ensure reliability of software systems. [more] By: Zijiang (James) Yang