Compassionate end-of-life (EOL) care is foundational to medicine, but providing patients and families with the sense that they are physically and emotionally supported during a patient’s terminal hospitalization can be challenging. The 3 Wishes Project (3WP) is a palliative care intervention that aims to achieve a dignified and compassionate EOL experience by empowering the clinical team to elicit and fulfill small wishes for critically ill patients who are dying in the ICU. By celebrating lives and dignifying the dying process, the goal of the program is to improve the end-of-life experience for all stakeholders, including the patient, the family, and the clinicians. The 3WP aims to honor patients' wishes to the best of our ability to meet the following objectives: 1) For patients, to dignify their death and celebrate their life, 2) For family members, to humanize the end-of-life process and create positive memories, and 3) For clinicians, to foster patient and family-centered care and inspire more meaning in the workplace. 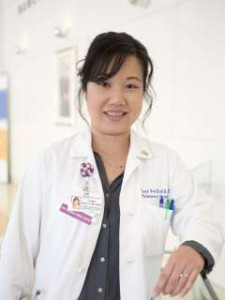 Dr. Thanh Neville obtained her medical degree from the David Geffen School of Medicine at UCLA in 2005. She also completed her residency in internal medicine and subspecialty training in pulmonary and critical care at UCLA. She subsequently obtained her master’s of sciences degree in health services from the UCLA School of Public Health. She joined the faculty at UCLA in 2012 and is currently an assistant professor in the Division of Pulmonary Critical Care. Dr. Neville sees general pulmonary patients in the outpatient setting as well as attends in the Medical Intensive Care Unit. Her research interest is in improving the quality of care at the end of life in the ICU.

Unethical Treatment of Marginalized Populations in the Name of Medicine

The history of medicine is tainted by centuries of abuse against Black Americans, as documented in the award-winning book Medical Apartheid: The Dark History of Medical Experimentation on Black Americans from Colonial Times to the Present. In this talk, the author details this history and shows how it explains persistent health disparities and continuing distrust of the medical establishment. 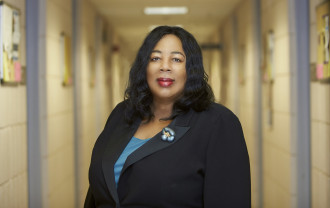 Harriet A. Washington is a prolific science writer, editor and ethicist who is the author of the seminal Medical Apartheid: The Dark History of Medical Experimentation on Black Americans from Colonial Times to the Present, which won a National Book Critics Circle Award, the PEN/Oakland Award, and the American Library Association Black Caucus Nonfiction Award and five other well-received books, including A Terrible Thing to Waste: Environmental Racism and Its Assault on the American Mind, Carte Blanche: The Erosion of Informed Consent in Medical Research, and Deadly Monopolies: The Shocking Corporate Takeover of Life Itself – And the Consequences for Your Health and Our Medical Future.

Conspiracy Theories in Germany and the U.S.

Conspiracy theories are not a new phenomenon. They have, however, gained renewed public attention – and, supposedly, fellowship – in recent years. From the 9/11 Truth Movement to QAnon, from Stop the Steal to Covid-19 conspiracy theories, much has been happening since the turn of the century. Many of these developments are not limited to the United States but can be found across the Atlantic as well – and sometimes they are quite surprising: Why, for example, did protesters try to storm the German parliament building in Berlin, more than four months before the same thing happened in Washington, D.C.? And why did they wave American flags alongside the black, white, and red flag of the long-gone German Empire? Why do people believe in conspiracy theories at all, and what can be done about them?

This lecture will give a brief overview of the phenomenon and its definitions, present some examples from the U.S. and Germany, and offer some thoughts on how to deal with it. In doing so, it will show that this phenomenon and many of its claims are neither new nor trivial. Societies will have to recognize misinformation and conspiracy theories for what they are: not an entertaining pastime, but a potential danger to democracy. 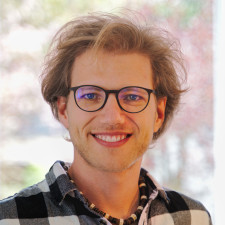 Thomas Stelzl is a lecturer, research assistant and doctoral candidate at the University of Passau, Germany. Since 2014, he has worked in American Studies, where he is also pursuing his Ph.D. project on Cultural Bias in Post-9/11 German and American Foreign Policy. Focusing on history education, last year he joined the interdisciplinary third-party funded project SKILL.de, which focuses on teacher training in the digital age, and produced a forthcoming podcast on conspiracy theories entitled Sie sind unter uns (They are among us). His research focus is on American culture and politics, intercultural communication, memory culture, and international relations. Classes he taught in Passau have focused on American ideologies, conspiracy theories, and contemporary cultural history. He is visiting Western Michigan University during the Fall 2022 semester as part of the faculty exchange between the two universities.

How do medical providers, who are expected to be knowledgeable about delivering care, manage uncertainty and challenges to their expertise? In Trans Medicine: The Emergence and Practice of Treating Gender, stef shuster, assistant professor of sociology at Michigan State University, traces the development of transgender medicine from the 1950s to modern medicine to show how providers create and use scientific and medical evidence to quell uncertainty, “treat” a gender identity, and uphold their authority and status as experts. 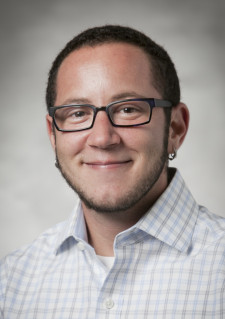 stef shuster is an assistant professor at Michigan State University in the Lyman Briggs College and the Department of Sociology. shuster earned their M.A. and Ph.D. in sociology from the University of Iowa with a certificate in gender studies and a B.A. in sociology from Indiana University, Bloomington. Broadly, their research and teaching interests include medical sociology, gender, inequality, and social movements. In their book, Trans Medicine: The Emergence and Practice of Treating Gender (NYU Press, 2021), shuster contributes to our understanding of this field and how it is being used to "treat" gender identity today.g decade.”

Panel discussion of nurse’s criminal conviction and sentence for administering the wrong medicine to a patient with fatal results. 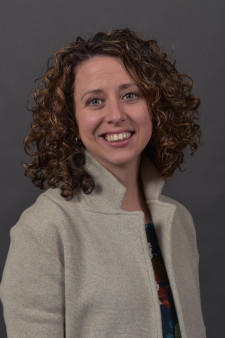 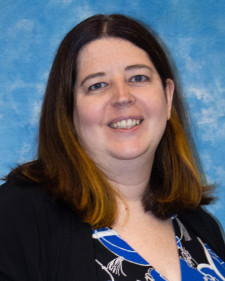 Jamie Brown, R.N., has almost 20 years of nursing experience. She is a graduate of Regis University and works in the Surgical Trauma Critical Care Unit at Borgess Hospital. Having served in various roles of the Michigan Nurses Association (MNA) over the years, most notably as the president since 2019, Brown has had ample experience in advocating for nurses and health-care professionals around Michigan. In her advocacy, she champions the MNA's Safe Patient Care Act, which is a bipartisan package of three bills in both the state House and Senate. These bills look to implement limits on the number of patients a nurse safely cares for, place limits on mandatory overtime, and implement transparent reporting by hospitals of those nurses-to-patient ratios. 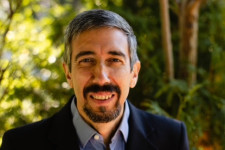 Dr. Lane-Davies is a graduate of Michigan State University College of Human Medicine and completed his general pediatric residency at the Michigan State University, Kalamazoo Center for Medical Studies, (now the Western Michigan University Homer Stryker M.D. School of Medicine). His clinical practice has been in pediatric hospital medicine at Bronson Children’s hospital; he previously served as medical director for the Children’s Hospital. Dr. Lane-Davies is currently the chief of quality for the Bronson Medical Group. Previous leadership roles have included chief of staff, chair of the Medical Staff Quality Committee and chair of the Quality Oversight Board Committee. His work in process and quality improvement focus on building equitable, sustainable, and high value health-care models that benefit the community. 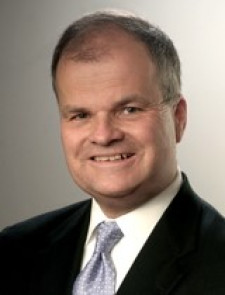 James “Chip” Falahee Jr. is senior vice president of legal and legislative affairs for Bronson Healthcare Group, which he joined in 1987. He has more than 40 years of experience in health care law and legislation. Prior to joining Bronson, he was with the Dykema law firm. Falahee has been named one of the “Best Lawyers in America” in health care. He is a frequent speaker about health care policy and reform. Falahee is a founding member, past president and a fellow of the Health Care Law Section of the State Bar of Michigan. He is one of two hospital representatives on the state’s Certificate of Need Commission and its current vice-chairman. He is a former board member of the Michigan Health & Hospital Association and 340B Health, an organization of more than 1,200  hospitals and health systems participating in the drug discount program of the same name. Falahee received his undergraduate degree at the University of Michigan and his juris doctor degree at Wayne State University. 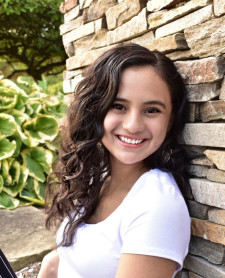 Nayeli Guandique-Benitez is a junior at WMU and is in her third semester at the Bronson School of Nursing. She is a WMU Foundation Scholar, a Lee Honors College scholar and a member of the Latino Student Alliance. She works with neonatal and postpartum patients as an obstetrician technician for University of Michigan Health West and also serves as a patient technician for a medical/surgical unit. As part of her Lee Honors College thesis, Guandique-Benitez is researching the potential effects of the RaDonda Vaught Case on nursing. 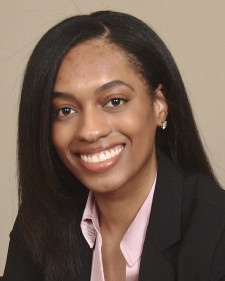 Jaide Woods-Dawson is a second-year medical student at Western Michigan University Homer Stryker M.D. School of Medicine (WMed). She strives to improve maternal and fetal/infant health through preventative care, clinical medicine and advocacy. As such, her research is focused on maternal and fetal/infant health, health equity, medical ethics and law, and nutrition. She serves as an ethics researcher and writer at her home institution and for The Center for Humane Diagnosis, in addition to her role as a community health researcher for Cradle Kalamazoo. Woods-Dawson received her bachelor of science degree in nutrition sciences with a secondary study in bioethics from The Ohio State University in 2020 and her master of science degree in biomedical sciences at WMed in 2021.