The Center for the Study of Ethics in Society at Western Michigan University participates in two different undergraduate ethics competitions: the Association for Practical and Professional Ethics Intercollegiate Ethics Bowl and Bioethics Bowl.

The APPE Intercollegiate Ethics Bowl provides students with an opportunity to practice applying the moral theories and argumentation principles that they learn in their ethics classes. Students receive a set of case studies in advance involving ethical issues in a number of practical contexts, including engineering, law, medicine, personal relationships, school and politics.

During a round, each team takes turns presenting its position on a case and critiquing the other team’s position on a different case. Teams must answer questions about their positions from a panel of judges. Judges assign scores based on logical consistency, clarity, focus and thoroughness.

WMU has competed in the bowl contest every year since it expanded from an intramural event at the Illinois Institute of Technology to a small regional contest involving a handful of colleges in 1994—an event WMU won. The competition went national in 1997. The national championship takes place every spring at the annual meeting of the Association for Practical and Professional Ethics. WMU’s best national showings were third out of 14 teams in 1998, fifth out of 26 teams in 2000, and ninth out of 32 teams in 2007.

The bowl became a tiered competition beginning in 2007, with practices and regional contests taking place every fall. WMU’s team won the 2006 regional qualifier at Harper College and the 2007 qualifier at the University of Wisconsin-Madison.

Students interested in representing Western Michigan University in the 2019 regional competition should attend an information session at 6 p.m. September 4 in 2072 Moore Hall. 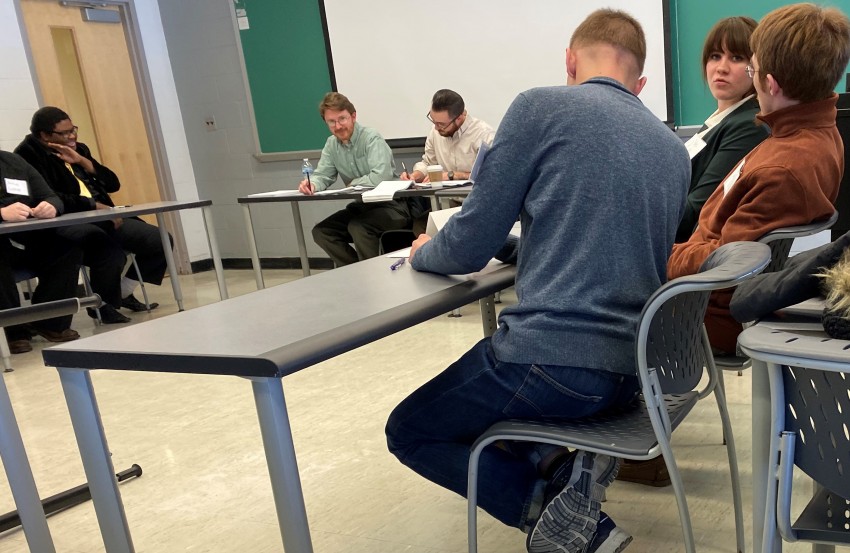 The members of WMU’s team were Mike Vasenkov, senior majoring in mathematics; Tatum Moran, sophomore majoring in marketing; and Brendan Matthews, junior majoring in mechanical engineering.The team's coach was Anna Kietzerow, a master's students in philosophy. The Ethics Center's acting director, Norm Hawker, was the faculty sponsor of the team.