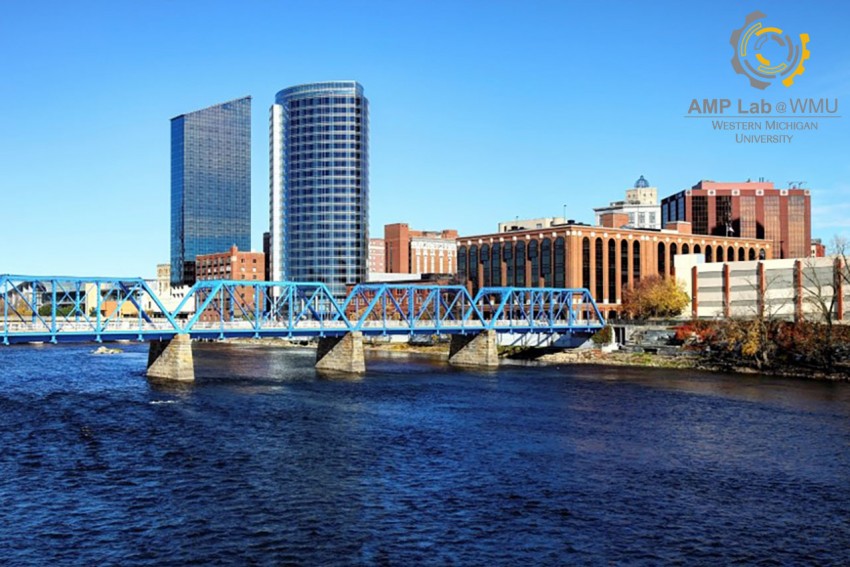 Funding for the development of the AMP Lab @ WMU is partially through private gifts from our supportive community.

John C. Kennedy, president of Grand Rapids based Autocam Medical, is involved in programs to raise awareness for the need for skilled and educated makers throughout West Michigan. Kennedy has been instrumental in building support within the engineering and manufacturing communities for the creation of AMP Lab @ WMU.

Some of the equipment  at the AMP Lab @ WMU came from a current GRCC facility, partially funded through an MEDC grant in 2015.

Manufacturing accounts for 15 percent of all jobs in the region and remains the heart of West Michigan’s economy. During the economic downturn, when other communities abandoned manufacturing, West Michigan doubled-down. In 2009, manufacturing in West Michigan began an era of unprecedented job creation and investment, surpassing both state and national averages year after year.

Talent 2025 is an organization of 100 CEOs from West Michigan working to ensure an ongoing supply of talent for the region. Their recent industry research indicates twice as many opportunities for engineers and designers in manufacturing as there are qualified individuals. The assessment also states the supply for managers and supervisors within the manufacturing industry in the region is about 90 percent of the demand.