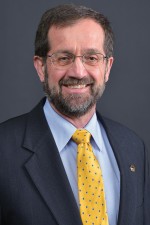 Dr. Timothy J. Greene is a Professor of Industrial and Entrepreneurial Engineering and Engineering Management at Western Michigan University.  He has over 31 years of experience as an engineering leader and manager in various roles.  In his last leadership position at Western Michigan University he served as Provost and Vice President for Academic Affairs for nine years from 2008 until 2017.  He had responsibility for over 1700 employees and a budget of over $275M.

He has served as Dean of Engineering at two universities, Western Michigan University and The University of Alabama totaling over eight years in this capacity (1999 to 2004 and 2005 to 2008).  For eight years, he was first Head of the School of Industrial Engineering and Management and then the Associate Dean for Research in the College of Engineering, Architecture and Technology at Oklahoma State University (1991 to 1999).  He was on the Virginia Tech Department of Industrial and Systems Engineering faculty for eleven years serving as Assistant Department Head for the last five years (1980 to 1991).

Greene served as President of the Institute of Industrial and Systems Engineering (1997 to 1998).  He served on the IISE Board of Trustees for eight years holding several senior vice president positions (1991 to 1999).  He was editor of the ANSI Standards for Industrial Engineering Terminology. He served as Director of Conference Program Coordination for IISE for over six years.  He was the recipient of the SME Outstanding Young Manufacturing Engineer Award, and the IISE Outstanding Young Industrial Engineer Award. In 1999, Greene was elected Fellow of the Institute of Industrial and Systems Engineering.

Dr. Greene has taught over 50 industrial short courses in his career.  He has consulted with industry for over 40 years assisting large and small companies in their operations, management and strategic planning.  His expertise is in leadership, change management, strategic planning and operations management.  He has managed research totaling over $15,000,000, graduated 30 M.S. and nine Ph.D. students, and teaches courses on engineering fundamentals, engineering economics, leadership and management.   As an author, he has written or co-written over 50 articles or book chapters and has given technical presentations in ten different countries.