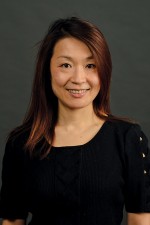 Dr. Rika Saito is an assistant professor and advisor of Japanese in the Department of World Languages and Literatures at Western Michigan University.

Born and raised in Tokyo, Saito worked there as an editor and journalist specializing in Japanese language education and intercultural communication. She taught Japanese language and literature at the University of Delaware from 2005-07. Saito joined WMU in fall 2007.

Saito has written several articles in Japanese. In addition, her recent publications include: