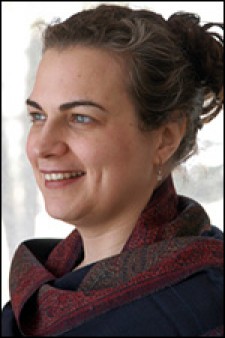 KALAMAZOO--The literary context of a collection of Medieval sculptures on display beginning this month in Kalamazoo is the focus of a lecture at 6 p.m. Thursday, March 15, at the Kalamazoo Institute of Arts.

Sponsored by Western Michigan University, the talk, "Art and Devotion: Looking at the Word," is part of the Cornelieus Loew Lectures in Medieval Studies and complements the exhibition "Object of Devotion: Medieval English Alabaster Sculpture from the Victoria and Albert Museum," on view at the Kalamazoo Institute of Arts March 3 through May 13.

Dr. Jessica Brantley, associate professor of English at Yale University, will discuss her theory that late medieval English alabasters illuminate not only a visual culture but a complex devotional culture made up of sights and sounds, beliefs and practices. In this talk, she will explore a selection of alabasters with particular attention to their literary contexts.

Brantley has taught in the Department of English at Yale University since 2000. Her scholarship focuses on the cultures of reading in medieval England, and she has distinguished herself especially in the study of Christian devotional manuscripts. She earned her doctoral degree at the University of California, Los Angeles; her master's from Cambridge University; and a bachelor's degree from Harvard University. She has been awarded several prestigious grants, including a Fulbright Grant and the Benjamin N. Duke Fellowship at the National Humanities Center in Research Triangle Park, N.C. Her recent book, "Reading in the Wilderness," published by the University of Chicago Press in 2007, won the Book of the Year award from the Conference on Christianity and Literature.

Visit wmich.edu/medieval for more information about the Medieval Institute.