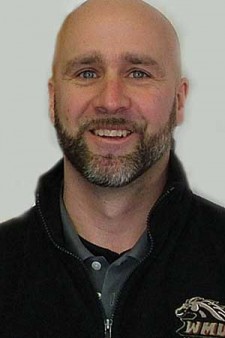 KALAMAZOO—Scott E. Austin, maintenance director for Western Michigan University's College of Aviation, has been named a Regional Aviation Maintenance Technician of the Year.

A national General Aviation Awards program accolade, the honor puts him in the running with six others for selection as 2013's top U.S. aviation maintenance technician. The winner of that award is expected to be announced no later than March 1.

General Aviation Awards recognize individual aviation professionals in several categories at the local, regional and national levels for their contributions to aviation, education and flight safety. The program is a cooperative effort between more than 18 general aviation industry sponsors and the Federal Aviation Administration.

Austin, who represents the Grand Rapids (Mich.) Flight Standards District Office and the Great Lakes Region, has been director of maintenance for WMU's aviation college since 2009. In this role, he also directs the University's Part 145 repair station for limited instruments and radio.

He holds an airframe and powerplant license with an Inspectors Authorization and has done certified training with Cirrus, Piper, Avidyne, S-Tec and L-3/Skywatch. Austin also has completed a variety of other courses and schools and earned other aircraft maintenance certifications.