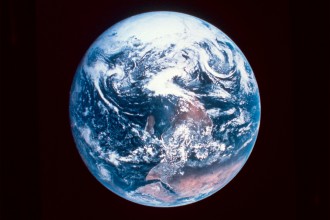 Final Climate Leadership Award winners will be announced this spring.

During the video competition, which took place April 1-15, more than 28,000 votes were cast on videos created by the 2014 Second Nature Climate Leadership Award finalists. As a result, WMU came out on top, receiving 8,912 votes from site visitors and community members.

The WMU submission to this year's competition highlighted the institution's strategies for building a culture of sustainability, both in campus operations and the educational experience of all students. As President John M. Dunn notes in the video, "Our school colors are brown and gold, but we are very proud of the efforts we've made over the past 30 years to be a green and sustainable university campus."

Video will be featured online

Planet Forward will feature the winning video across its media platforms over the next few months. Additionally, all videos produced by this year's finalists will be featured at the 2014 ACUPCC Climate Leadership Summit in Boston Oct. 1-3.