KALAMAZOO, Mich.—The driving force behind Western Michigan University's health and recreation initiatives and a dedicated professor and administrator who has served WMU for 45 years are winners of WMU's 2016 Distinguished Service Award.

Amy Seth, director for University Recreation, and Dr. Howard Dooley, professor of history and former administrator, will be presented their awards during WMU's annual Fall Convocation recognition ceremony beginning at 10:45 a.m. Friday, Sept. 30, in the Bernhard Center. The event also will feature WMU President John. M. Dunn's State of the University address and presentation of other campuswide honors, including the Distinguished Teaching, Emerging Scholar and Annual Make a Difference awards. The awards presentation and Dunn's address will be part of an expanded slate of daylong convocation activities that start at 8 a.m. and will feature a keynote speaker, an event kickoff, sessions with previous award winners and a picnic luncheon after Dunn's address.

As recipients of the Distinguished Service Award, Seth and Dooley join 59 faculty and staff members who have received the accolade since it was established in 1980. The two were chosen from among nominees across campus who have demonstrated exceptional service in areas that reflect innovative and effective programming, increase WMU's stature or extend WMU's impact and presence into the larger community. Both will receive a plaque and $2,000 honorarium. 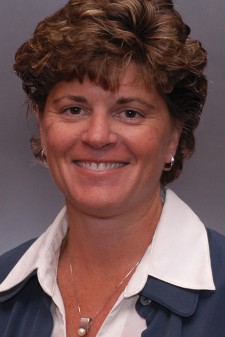 Nominators pointed out that Seth has worked tirelessly over her 28-year tenure at WMU to bring energy, innovation and dedication to the development of programming to promote the health and well-being of the University community. As director of University Recreation and someone deeply involved in campus activities, her impact has been on students, faculty and staff alike. She has served on a number of key committees, including the University Strategic Planning Committee, as chair of the Tobacco-Free Campus Initiative, co-chair of the Tobacco-Free Implementation Committee and on the Healthy Campus 2020 Committee.

"Those working with her in these and other capacities have found her to be a model collaborator and an effective leader," wrote one nominator. "She has consistently nurtured and supported her staff, both professional and student, earning their gratitude and intense loyalty."

Seth has been involved in the leadership of the Administrative Professional Association for several years and has been instrumental in the sharing of information and concerns between the senior administration and salaried staff. She also is a member of the Phi Kappa Phi invitational honor society and the recipient of APA's Outstanding Professional Award and the Tony Griffin Award and the University's semiannual Make a Difference Award.

"Amy has provided 28 years of progressive, extraordinary service to WMU and the surrounding Kalamazoo community," wrote another nominator. "Her creativity, her positive attitude and her ability to create collaborative partnerships across the University and throughout the broader community truly set her apart and make her especially deserving of this recognition."

Seth was singled out for her commitment to helping students develop positive, healthy choices now and in the future. Under her direction, Student Recreation Center staff create events and programs that support building a healthy community and University pride. She also was saluted for giving her energy and attention to the broader WMU campus and community in numerous ways, including her leadership with APA, being a loaned executive officer for the United Way, serving as a first year instructor in the Lee Honors College, a Medallion Scholar Awards observer, and as a panel member for numerous student conduct hearings.

Another nominator noted her involvement in Discover Kalamazoo, which promotes the city as a destination for visitors, and her longtime support of the Kalamazoo Tourism Ambassador Program.

"In my view, Amy has provided exceptional service, which extends the impact and presence of the University into larger communities," wrote the nominator. "One of my most favorite attributes Amy brings to our partnership is her enthusiasm and creativity for forming partnerships." 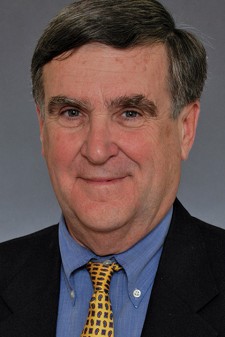 Dooley was cited for the dedication and integrity he has brought to the many different roles he has filled at the University during his long tenure, which began in 1970.

Dooley first came to WMU while still completing his doctoral degree at the University of Notre Dame, serving as a history instructor from 1970-72. He rose through the ranks, becoming a full professor since 1985. He also has held important administrative positions, including assistant dean of international education and then executive director of International Affairs for 13 years. The latter position made him WMU's chief international affairs officer.

"I can say Dr. Dooley is founder of international education that is now named the Haenicke Institute for Global Education," wrote one nominator. During that time, Dooley was also director of forensics at WMU.

In 2005, Dooley resumed his career as professor of history, teaching and advising hundreds of students. In 2012, the College of Arts and Sciences recognized him with the Achievement Award in Professional and Community Service. In addition to his teaching activities, he was lauded with that award for his distinguished service as a board member and chair of the Michigan Humanities Council, a state-based affiliate of the National Endowment for the Humanities.

Dooley's many accomplishments as a history scholar and grant recipient also were noted by nominators, who cited a number of NEH fellowships, Michigan Council for the Humanities conference grants, NEH Conference Matching Grants, Canadian Embassy Conference Grant, Atlantic Council Grant, and NATO Discussion Series in Brussels, Belgium, in 1993. Dooley's work has been published in many leading national and international journals, as well as in several books.

Dooley has a long track record of service to his department, college, the WMU Faculty Senate, many University-wide committees and to students. At he beginning of his tenure, he served seven years as director of Intercollegiate Debate. Dooley recruited, trained and led teams of WMU students that competed in as many as 16 tournaments a year at campuses around the nation.

In 1985, he led WMU's Oxford Seminar that took 25 students for a one-month residency at Oxford University in England, followed by a tour of the continent. He also led three study tours for students and the public to Egypt. He became an academic diplomat, representing WMU globally as founder of the

"Dr. Dooley has made a positive contribution to furthering WMU's focus upon, and development of, internationalization and humanistic studies," wrote one nominator. "He has, further, helped foster those trends in the wider community of Kalamazoo and Michigan."

Dooley's efforts in the international realm were especially noted by nominators.

"For decades, Howard has exemplified a level of commitment to the University in 'global engagement' that can serve as a model for others," wrote one nominator. "We at the Haworth College of Business were blessed to have Howard as the University's 'Chief International Officer.'"