KALAMAZOO, Mich.—Grammy-nominated soprano Christiane Karg will give a recital at 7:30 p.m. Monday, Jan. 23, in the Dalton Center Lecture Hall at Western Michigan University.

Karg also will host a master class and question-and-answer session at 6 p.m. Tuesday, Jan. 24, in the same location. 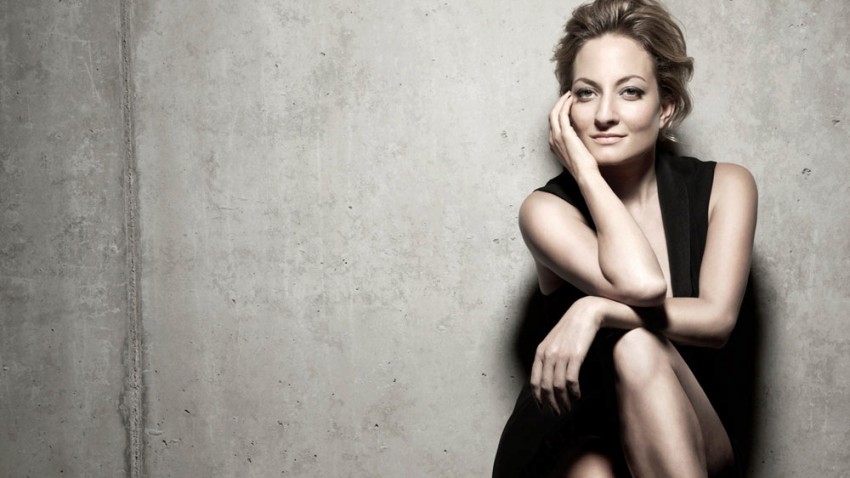 A German soprano, Karg is currently appearing in the lead role of Pamina in Lyric Opera of Chicago's production of "The Magic Flute" by Mozart. She previously appeared at the Lyric Opera in the role of Susanna in the same composer's "Marriage of Figaro." Her recording of this role was nominated for a Grammy for Best Opera Recording of 2017.

Karg is equally regarded as a singer in opera, concert and recital. Born in Bavaria, she studied singing at the Salzburg Mozarteum and the Music Conservatory in Verona. She is a member of the ensemble of the Frankfurt Opera, where she has performed roles by Mozart, Puccini, and both Richard and Joahnn Strauss. In 2006, she made her auspicious debut at the Salzburg Festival and is a regular guest at the Theater an der Wien in Vienna. She has also performed at leading opera companies in Berlin, Munich, and Lille, France.

A prestigious concert singer, Karg has appeared with the Concentus Musicus Wien, the Dresden Staatskapelle, the Mostly Mozart Festival Orchestra, the Salzburg Festival and Les Arts Florissants in Paris. She is a committed and distinguished recitalist and has made debuts at the Vienna Musikverein, Wigmore Hall in London and the Edinburgh Festival.

Darling has performed recitals throughout Europe, Canada and the United States, working with artists such as Isabel Bayrakdarian, Nicole Cabell, Elizabeth Futral, Lynn Harrell, Dina Kuznetsova, Amanda Majeski and Susanna Phillips. The Scottish pianist also has presented recitals at the Ravinia Festival from 1993 to 2005.

He is a founding member of the ensemble No Tiny Birds, a group dedicated to rethinking the presentation of art song recitals. He also has collaborated with the Mirror Visions Ensemble on new works for voice and piano by Christopher Berg, Tom Cipullo, Russell Platt and Scott Wheeler.

Darling is dedicated to the education of young singers, and was on the faculty of Yale University from 1994 to 1998. He is currently on the music staff of Lyric Opera of Chicago's Ryan Opera Center and is senior lecturer and vocal coach for voice and opera at Northwestern University.

For more information about Karg's concert or master class, contact Carl Ratner, WMU professor of music, at carl.ratner@wmich.edu or (269) 387-4706.

For more information on the WMU School of Music, visit wmich.edu/music.