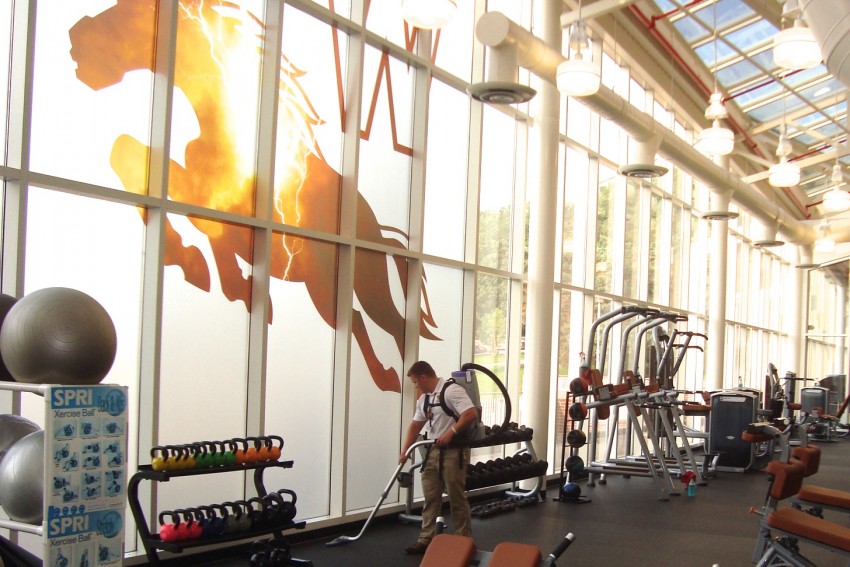 KALAMAZOO, Mich.—Western Michigan University has earned another top honor in a national awards program for educational institutions that recognizes exemplary stewards of the environment.

WMU received a Grand Award in the 2017 American School & University's Green Cleaning Award competition, besting the second-place University of Michigan, Ann Arbor. Green cleaning is a new movement that is defined as cleaning to protect health without harming the environment.

Previously, WMU was nationally recognized for sustainability in its building custodial practices when it earned Green Seal. The University is one of just five higher education institutions in the country and the only one in Michigan to obtain the certification.

WMU came in first place in the Higher Education Category of the American School & University competition. The Healthy Schools Campaign will feature this year's award winners in case studies to be posted over the coming months. WMU's green cleaning efforts already are detailed in a lengthy article in the April issue of American School & University magazine, which is available online at bit.ly/2pG6HwF.

The University's building custodial and support services unit in Facilities Management has been working since 2004 to adopt greener practices, and in 2015, WMU became the nation's fourth higher education institution to be Green Seal certified for its commercial and institutional cleaning services. The designation is granted by Green Seal, a nonprofit organization that uses science-based programs to empower consumers, purchasers and companies to create a more sustainable world. 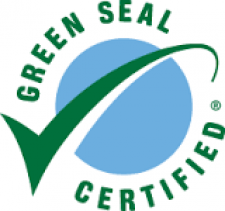 "Green Seal certification took a full year of effort because of the stringent requirements," says Steven D. Gilsdorf, WMU director of custodial services. "Being fourth in the nation to have our processes and procedures certified allowed WMU to join the ranks of Harvard, the University of Virginia and the University of Maryland—leaders in the green cleaning movement."

Gilsdorf adds that certification goes beyond looking at cleaning chemicals. It includes the processes that custodians perform every day and focuses on how to improve the indoor environment by removing those items that could cause harm in one form or another. This means WMU incorporates HEPA filtration for vacuums and looks for ways to reduce chemical usage, reduce decibel levels for all equipment and increase the use of recycled materials.

"The certification is helping us create an awareness for special needs populations on campus and providing a means of feedback that allows for processes to be adjusted to provide for the accommodation of those needs. This includes being aware of individuals who have higher sensitivity to volatile organic compound levels in chemicals and hand soap," Gilsdorf says.

"We also perform around 80 percent of our cleaning chemical free by using aqueous ozone or engineered water. The added benefit of using aqueous ozone, beyond general cleaning, is it sanitizes as well. So not only are we removing particulate and dirt, but also killing any germs left behind. We've also seen chemical exposure incidents with custodians drop to near-zero levels and asthma concerns among the staff lessened. All from using minimal chemicals." 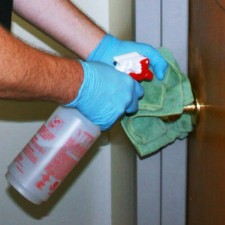 WMU's building custodial and support services unit is responsible for more than 50 campus buildings as well as athletic fields and their associated structures. All told, 168 custodians take care of 4.2 million cleanable square feet of building space used almost daily by some 27,000 students and employees.

Gilsdorf heads a green cleaning leadership team that includes his unit's associate director, operations and human relations/labor relations managers, and training supervisor. The team works with the Office for Sustainability and other WMU areas plus outside vendors and organizations to ensure that it uses alternative products, equipment and procedures to reduce environmental and health risks while maintaining a satisfactory level of cleanliness.

In some cases, the unit works with vendors to beta-test green products. Meanwhile, the partnership with the sustainability office has led to campuswide improvements such as centralization of waste and recycling collection. By creating collection locations that include both waste and recycling, Gilsdorf says people begin to own their waste stream and become more aware of how much of both they generate.

"Not much gets below our radar screen. We look at everything, from cleaning cloths, floor mats and toilet paper to cleaning agents, vacuum cleaners and window washing machines. The scrutiny of having the on-site audit by Green Seal helps to reinforce the goals we, as a department and University, have adopted," he says. "The main goal is providing for the health and well-being of the students, staff and faculty. If the indoor environment is healthy, it becomes a building block for increased performance, attendance and general wellness." 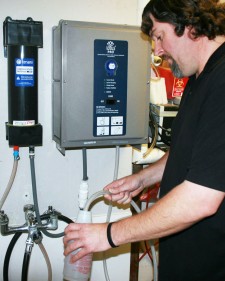 Gilsdorf notes that because WMU is generating its own cleaning chemical, aqueous ozone, the University has reduced general chemical usage and helped the environment by using less energy and water as well as less transported-in packaged goods.

"We figure that in a course of a year, we've eliminated over a ton of cardboard packaging that we would have used, just by generating our own chemicals," he says, adding that his unit works to recycle all of its cardboard waste to the extent possible and lobbied one of its aqueous ozone manufactures to implement a recycling program for spent cartridges.

"We've also integrated more mechanization where we can, providing easier ways for the custodian to clean," Gilsdorf says. "Introducing state-of-the-art equipment like a cordless backpack vacuum has increased the productivity from an upright vacuum three-fold."

"Microfiber cloths clean more effectively, compared to the ordinary cotton rag, by grabbing more of the particulate off surfaces through tiny hair-like structures," he notes as one example. "This affect compounds over time, and cleaning becomes easier as more dirt and particulate are removed. The HEPA filtration works on the same concept."

For more about green cleaning at WMU, visit wmich.edu/facilities/custodial or contact Gilsdorf at steven.gilsdorf@wmich.edu or (269) 387-8085.