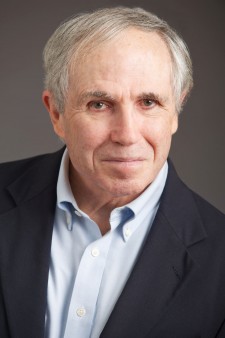 KALAMAZOO, Mich.—Dr. James W. Russell will be at Western Michigan University next month to give a talk that connects immigration and opposition to the North American Free Trade Agreement—NAFTA.

Russell, a lecturer in public policy at Portland State University, will speak on "Race, Politics and NAFTA" at noon Thursday, Nov. 2, in the Bernhard Center's North Ballroom. A light lunch will be available beginning at 11:45 a.m.

The event is free and open to the public. It is being presented by WMU's Lewis Walker Institute for the Study of Race and Ethnic Relations in collaboration with the University's Department of Sociology and Global and International Studies Program.

Immigration and NAFTA were prominent themes in the U.S. presidential election during 2016, but little was said about the connections between the two.

In his talk, Russell will demonstrate that contrary to the claims of its proponents, NAFTA provoked massive economic displacement in Mexico. In addition, he will argue that this displacement stimulated the largest emigration of Mexicans to the United States in history, contributing to the anti-immigrant backlash of the 2016 election.

Free parking for those attending the talk will be available off of West Michigan Avenue in Parking Structure 1 near the Bernhard Center. For directions to WMU or a campus map, visit wmich.edu/maps. For more information, visit wmich.edu/walkerinstitute or contact Tim Ready, director of the Walker Institute, at timothy.ready@wmich.edu or (269) 387-2142.

Russell is a professor emeritus of sociology at Connecticut State University with expertise in retirement policy, social inequality, social theory, Latin America, and social policy in Europe and the United States. He now is based at the Hatfield School of Government at Portland State University and is a regular blogger for the Huffington Post.

The former Fulbright professor in Mexico and the Czech Republic is a prolific author. He has written eight books, including "Class and Race Formation in North America," "Escape from Texas: A Novel of Slavery and the Texas War of Independence," and "Social Insecurity: 401(k)s and the Retirement Crisis."

The "Class and Race Formation" book is used in WMU's Immigration, Race and Ethnicity in the U.S. course, which is a general education offering as well as the introductory core course in the minor in race and ethnic relations. The book on the "Texas War of Independence," in part, captures the mindset of black slaves and their complicated relationships with Mexico during the independence era.

Russell earned bachelor's, master's and doctoral degrees in sociology from the University of Wisconsin-Madison.