KALAMAZOO, Mich.—Lori Brown, associate professor of aviation at Western Michigan University, has teamed up with Microsoft to transform aviation training through the use of Microsoft's HoloLens mixed reality technology, the first self-contained, holographic computer.

Brown, who is recognized internationally for her use of technology in aviation education, has been chosen by Microsoft for its Women in Mixed Reality Spotlight Partner Program for her transformative work in aviation training. She was featured during Microsoft's Mixed Reality Academy at Microsoft headquarters in Washington state late last fall and was recently awarded the WMU Extended University Programs Innovative Teaching award.

Microsoft HoloLens enables users to engage with 3D holographic content mixed with the physical world, giving holograms real-world context and scale. With the technology, students in WMU's College of Aviation can be immersed, for instance, inside jet turbofan engines or interact with 3D cockpits to learn and practice real-world aviation scenarios and procedures.

A first for aviation classrooms 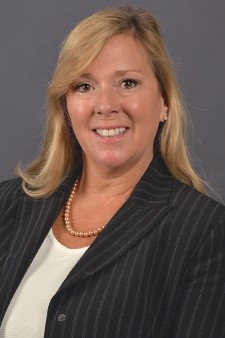 Through Brown's HoloLens work, WMU has become the first aviation program in the nation to use augmented reality in the classroom. With the recent expansion of WMU's flight science program into Florida, marrying lab experiences with mixed reality allows larger numbers of students to have greater access to leading-edge innovation in higher education.

"Technologies like this bring forth a new medium for aviation training, a new paradigm of mixed reality, where for the first time, we have the ability to take the analog world and superimpose digital artifacts and create mixed reality aviation simulations," Brown says. "Unlike other advanced technologies, HoloLens is intuitive and offers a natural means of interaction. There's no mouse, wire or touch screen. All you need are simple gestures to create and alter holograms, your voice to communicate with apps, and your eyes to navigate and analyze content. With the HoloLens, students are able to see inside the jet engine while also interacting with the engine components and full flight deck. They're developing muscle memory, which increases retention."

Brown's research interests have included the use of virtual and augmented reality in technical training for years. She says that the incorporation of HoloLens into the classroom is a first for WMU, and the aviation industry at large.

"In the past 16 years that I've been teaching advanced aircraft systems, I have identified many gaps in the tools and equipment available to me as a professor. Ultimately, mixed reality bridges the gap between simulation, the aircraft and the classroom," says Brown.

Brown notes the operation and maintenance of modern aircraft requires an understanding of several interrelated human and machine components. Practice and immersion with these components can be created with mixed and augmented reality micro-simulations, making it possible to tackle challenging topics by creating a more visual and tactile experience."

From flight simulation to an entire virtual airport 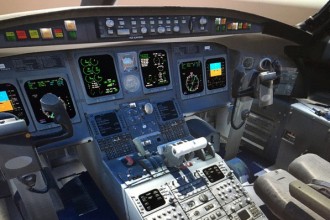 She is collaborating with other WMU colleges, instructors and students to take the technology a step further by creating additional applications with the help of computer science and aviation students and faculty, as well as a staff web developer.

Together, the team developed JetXplore, an interactive aviation training app that Brown uses with HoloLens in the classroom. Brown and her team are currently working with mentors from Microsoft to design an entire virtual airport, where the user controls what they see and how they see it. This puts the educational experience in the hands of the user creating immersive individual learning experiences.

Brown sees augmented reality as a solution to meet what she describes as unprecedented global training demands and a better way to engage the next generation.

"Bringing Microsoft's HoloLens headset to aviation and other professions such as the medical, auto and marine industries is reshaping education," she says. "The quality of its images is nearly unprecedented; you can almost suspend disbelief and imagine the objects it projects are real. That's what makes these partnerships so potentially exciting."

Brown joined WMU's Department of Aviation Sciences in 2001. She is an Airline Transport Pilot and has trained Ab-initio cadet pilots for British Airways, KLM and UAE, as well as pilots for national and international government agencies. She teaches courses in advanced aircraft systems, airline flight operations and aviation meteorology.