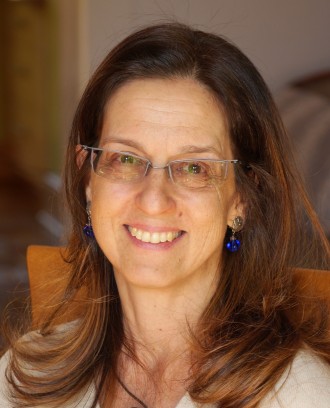 KALAMAZOO, Mich.—Social media has the power to unite us or to tear us apart.

Susan Benesch, faculty associate at Harvard University's Berkman Klein Center for Internet and Society, will examine the role of hate speech online in the annual Winnie Veenstra Peace Lecture, presented by Western Michigan University's Center for the Study of Ethics in Society.

The lecture begins at 6 p.m. Monday, March 25, in the Brown & Gold room in WMU's Bernhard Center. It is free and open to the public

Benesch's presentation, "Social Media and Mass Violence," comes just weeks after a man used Facebook to broadcast mosque massacres live in Christchurch, New Zealand. In this attack, and many others, perpetrators have shared and cultivated extreme views on social media.

"Content of all kinds circulates on social media, including what I call 'dangerous speech,' which is any form of expression that can increase the risk that its audience will condone or participate in violence against members of another group," Benesch says. "In many cases of mass murder, including the recent massacres in Pittsburgh and Christchurch, we know that the perpetrators were influenced by what they read on social media and websites."

While freedom of speech is a protected right, some forms of speech that deliberately incites violence is criminalized. Benesch cautions, however, against criminal law as the only way to regulate and respond to dangerous speech, because it can often help disseminate the message in question.

"Geert Wilders, a far-right and Islamaphobic Dutch politician, is an example. He was prosecutor for inflammatory speech against Muslims, and though he was convicted, during the trial he and his party gained supporters."

Benesch is director of the Dangerous Speech Project, which aims to decrease dangerous speech online while protecting freedom of speech. She started the project in 2010, collaborating with academics and organizations to offer ideas that could limit harmful content online and potentially prevent violence. The ideas have been used in places like Kenya, Nigeria, South Sudan, India, Pakistan, Myanmar, Sri Lanka and the Czech Republic.

Benesch's presentation is part of the Center for the Study of Ethics in Society's lecture series and is funded by the center's Winnie Veenstra Endowment for Lectures on Peace. It is named in honor of Veenstra, a WMU alumna who died more than 25 years ago and left a sum of money to WMU to support peace efforts through lectures or forums open to the University and community. The permanent endowment has allowed the center to continue holding the peace lecture every year.