KALAMAZOO, Mich.—The Tony Awards are honoring Western Michigan University alumna Marin Mazzie with a special posthumous award for her leadership and advocacy in the theatre industry.

"She's just a kind of epic part of Broadway history—having originated so many important roles, and then being so public with her cancer battle and being so inspirational to so many as well," says Jay Berkow, director of music theatre performance at WMU. 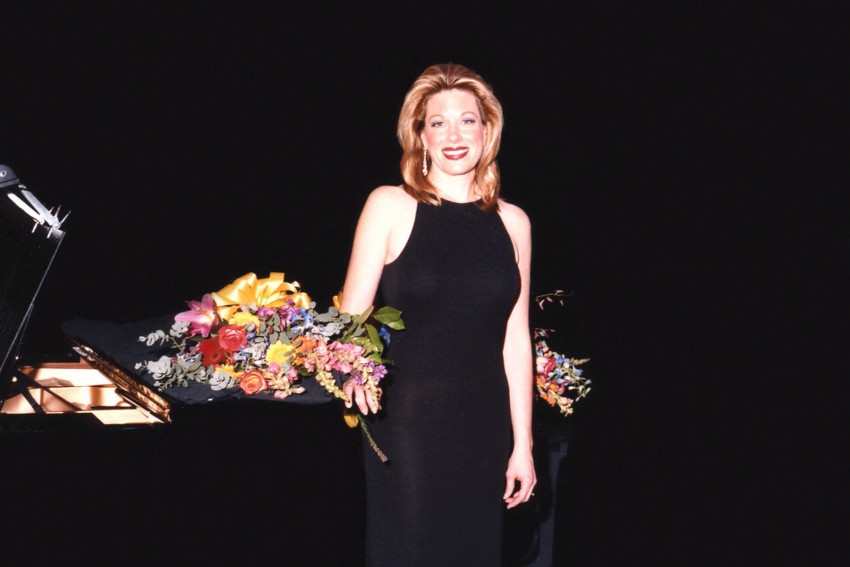 Marin Mazzie poses after a concert at WMU in 2003.

Mazzie, a 1982 graduate of WMU, was a theatrical force. A three-time Tony Award nominee, she broke onto the Broadway stage in 1985 and never looked back. Mazzie starred in productions such as "Into the Woods," "Ragtime" and "Kiss me Kate."

"Her legacy is that she set the standard. She raised the bar," says D. Terry Williams, professor emeritus of theatre at WMU. "You always want your students to have a role model in mind. She certainly has been it for generations of students, and she was for her peers when she was here."

Her talent was undeniable from the moment she arrived on campus, says Lyda Stillwell, professor emerita of theatre and Mazzie's mentor.

"Honestly, her success was predictable," Stillwell says. "You knew she would do it. There was no question." 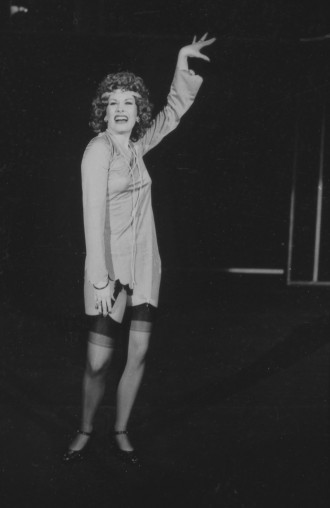 Mazzie performs in the musical "Chicago" during her senior year at WMU.

Mazzie cut her acting chops at the Barn Theatre in Augusta while she was still a student. That's where she met Barbara Marineau, a 1972 graduate of the WMU theatre program.

"We worked together a few seasons," says Marineau. "There was no doubt in my mind that she was a star. My father actually called me when he first saw her there and he said, 'You've been replaced!'"

"I saw her on stage before I really knew who she was in this comedy, and I just remember thinking, 'Oh my, this must be a professional actress they've brought in to appear with the undergraduates,'" Williams says. "I found out that she was a senior and I knew she clearly was an exceptional talent."

Mazzie and Marineau both went on to Broadway stardom, remaining close friends and cheering each other's successes along the way. 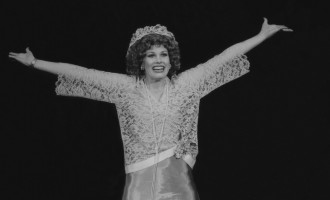 "She was one of the most dedicated, disciplined performers I have ever known," Marineau says. "I can remember sitting with her in her dressing room the first time she was nominated for a Tony, and just saying, 'I don't even know how you deal with this stress,' because it just seemed so unbelievably stressful to me. And she just looked at me and said, 'I just keep thinking, I'm so lucky to be invited to the party.'"

In 2003, the University invited Mazzie and Marineau to campus to perform two benefit concerts during a centennial celebration. The proceeds helped create the Marineau/Mazzie Music Theatre Performance Scholarship. So far, 15 students have benefited from the scholarship, which recognizes excellence in academics, performance and leadership.

"We want to make sure that the people chosen for this scholarship are people who represent the professionalism and humanity that Marin and Barbara both represent," says Berkow. 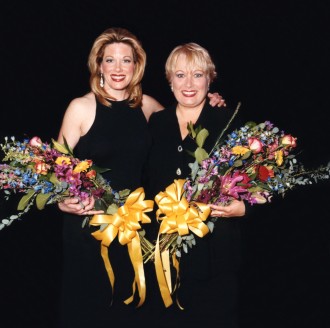 Mazzie, left, and Barbara Marineau after their performance at WMU in 2003.

Mazzie's commitment to her alma mater ran far deeper than financial aid. She took a genuine interest in faculty and students.

"I got this job in 2004 and she contacted me. I was just moving into my office and she called me and said, 'Hi, this is Marin. Congratulations on the new job at Western,'" recalls Berkow. "She took her job as a kind of diplomat for WMU seriously.

"Every year I bring in a Broadway star to work with seniors and do master classes to get them ready for their showcase. The very first one, Marin and her husband, Jason Danieley, along with music director, David Loud, came out in the fall and did a whole series of master classes."

Mazzie's support of WMU students continued throughout her career, including having a Skype conversation with the cast of the University's production of "Ragtime" to talk about the role in the show that she originated on Broadway, which earned her a Tony Award nomination.

"Not only did she take on the role of being the sort of mother of all music theatre majors, but she relished it," says Berkow. "She wanted to meet all the new students, meet the people who had just done their showcase or just graduated. She was always really, really supportive."

Williams describes Mazzie as gracious and giving. "She just felt it important to give back to the theatre department because she believed it had given her so much."

Mazzie's contributions and successes were honored in 2000 when WMU presented her with an honorary Doctor of Fine Arts degree on the Broadway stage after a performance of "Kiss Me, Kate"—a role that earned her another Tony Award nomination.  Dr. Elson Floyd, then president of the University, and trustees joined Mazzie on stage to bestow the honor after curtain call. Williams had brought a group of senior music theatre students along for the performance as well, and the Broadway star invited them backstage afterward.

"The students were just beside themselves. Here they are, 22 years old in New York City, with the leading lady of Broadway that season hanging out and sitting in her dressing room," says Williams. "It was just a magical evening." 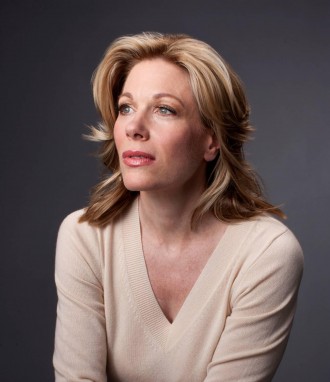 After her ovarian cancer diagnosis in 2015, Mazzie became a fierce advocate for cancer research.

"She went to Washington and spoke to senators and people who could maybe make a difference in finding early testing for ovarian cancer," Marineau says. "She was so passionate about finding an early diagnosis for ovarian cancer because most people who are diagnosed are already at stage four."

"Even at her worst times, she didn't seem like someone dying from cancer," says Berkow. "She was living with it."

Even as she was undergoing therapy and treatments, she was performing in shows.

"She called her chemotherapy her healing therapy. She didn't look at the negative part of what was going on with her, she just looked at the positive," Stillwell says. "Again, it's this great, focused, disciplined mind that Marin had."

"She was truly the bravest woman, the most courageous woman," says Marineau. "A woman with such grace."

Danieley accepted the posthumous Tony Award on his wife's behalf during the Tony Honors reception on Monday, June 3.

"What I find so moving and significant about this moment, this special Tony honoring Marin, is that we are pausing together to recognize something way beyond Marin's extraordinary work as an actor," Danieley said during his speech. "We're celebrating how revered she is for who she was, who she still is to us, and for us, as a community … how she always led with love, with her boundless generosity of spirit."