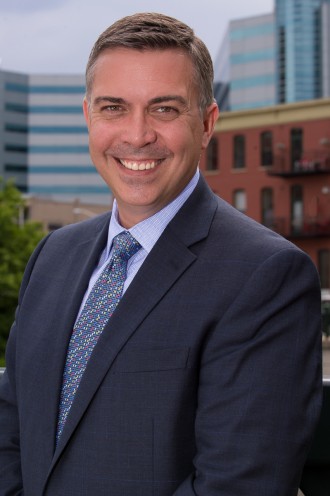 KALAMAZOO, Mich.—Jeffrey Breneman, a veteran government-affairs professional, will join Western Michigan University as vice president for government relations on July 15, pending the approval of the University's Board of Trustees. Trustees next meet Wednesday, June 26.

Breneman, president and founder of the Kalamazoo-based Spectrum Public Affairs, has been chosen to serve in this role following a search that launched in April to replace the now-retired Greg Rosine.

The vice president for government relations is responsible for cultivating and enhancing WMU's relationships at all levels of government, with a particular focus on developing proposals and strategies advocating for University priorities.

Breneman will return to the University for this critical post, as WMU is his alma mater and also where he initially guided the University’s higher education government relations. From 1998 to 2003, he was WMU's first vice president for legislative affairs, after serving as deputy chief of staff for U.S. Rep. Fred Upton for seven years.

During his earlier tenure at the University, Breneman was instrumental in securing the $48 million in capital outlay monies that helped fund the College of Health and Human Services building. He also organized community support for special legislative funding to create WMU's Biosciences Research and Commercialization Center, an entity that has spurred the development of several companies. Additionally, he secured multiple congressionally directed funding projects for environmental research as well as grant support for WMU's first wireless campus initiative.

After departing WMU in the early 2000s, Breneman went on to lead and advise in government relations for corporations, including for Robert Bosch, the world's largest automotive parts supplier. He ultimately established his public affairs company in 2014, continuing to support automotive suppliers and a variety of other clients.

"I'm excited to be making this return. It truly does feel like I'm coming home," Breneman says of his appointment by WMU President Edward Montgomery.

"My experiences over the last 15 years have prepared me for this return to WMU. I've now worked for global multinational companies as well as started my own small business. It's given me a better appreciation of what is needed from the higher education community to prepare our students and a stronger knowledge of the value WMU in particular brings to our external stakeholders," he says.

Montgomery says Breneman's years in government, his tenure representing a variety of organizations and his successful track record attracting support for WMU will serve the University well.

"As Jeff represents WMU at the local, state and federal levels, I'm confident that his experience and expertise working with and for government as well as in the business community will advance the University's strategic interests and strengthen relationships with our constituents," the president says.

"It is also worth noting that even after Jeff left the University to work in other realms, he remained a strong and well-informed advocate for WMU.

"Under the leadership of Greg Rosine and Katie John, the assistant vice president for government relations, we have experienced the advantages of strong advocacy. This is precisely what we need, and I know Jeff will continue in this vein."

Breneman earned a bachelor's degree in political science from WMU. In addition to his business pursuits, he serves on the College of Aviation Advisory Board, the Kalamazoo County Transit Authority Board, Southwest Michigan First Public Policy Committee and the Kalamazoo Downtown Economic Growth Authority. He lives in downtown Kalamazoo with his wife, Lisa.