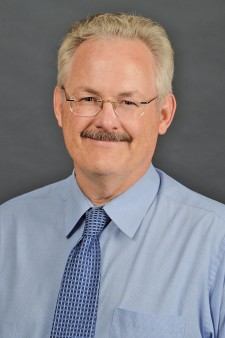 KALAMAZOO, Mich.—A nationally known researcher whose work changed the study of the American Midwest and spirituality movements will be honored by Western Michigan University as a distinguished scholar.

The event will feature WMU President Edward Montgomery's State of the University address as well as the presentation of four other sets of annual campuswide awards: Emerging Scholar, Distinguished Teaching, Distinguished Service and Annual Make a Difference awards. It is part of daylong convocation activities that start at 8:30 a.m.

Established in 1978, the Distinguished Faculty Scholar Award is the highest annual honor WMU bestows on faculty members. The award program recognizes those whose work constitutes a significant body of achievement, largely while a faculty member at WMU, that is widely recognized within the national and international academic communities.

A native of Santa Clara, California, Wilson earned a bachelor's degree in medical microbiology from Stanford University and, after a stint in the Peace Corps in Honduras and the Dominican Republic, he earned a master's degree in Hispanic studies from the Monterey Institute of International Studies, as well as master's and doctoral degrees in religious studies from the University of California, Santa Barbara.

He has designed and taught numerous courses reflecting his board range of research interests, including religion in American religious history, new religious movements; religion in the Midwest and the academic study of religion.

In addition to his publications, Wilson has maintained a busy schedule presenting papers at conferences and giving public talks--more than 80 presentations in total.

His work was recognized by the College of Arts and Sciences with the CAS Faculty Achievement Award in Research and Creative Activities in 2016, He was also awarded a Fulbright Senior Faculty Specialist Fellowship in 2016

What separates Wilson from many other prolific scholars is his ability translate his research into the classroom setting.

"His courses often draw on his research in a way that sparks student interest in the material and sets them on their own journey of learning," one of his nominators wrote.

"As a colleague, he is thoughtful, generous and responsive; as a scholar, he is exemplary, careful and thorough in his research, creative and insightful in his analysis and interpretations, and notably lucid and accessible in his writing," including biographies on regional businessmen J.H. Kellogg and John E. Fetzer, another colleague noted.