The award will be presented starting at 11 a.m. in the Bernhard Center to Diana Hernández, director of the Division of Multicultural Affairs; Dr. Wei-Chiao Huang, professor of economics; and Dr. William Rantz, professor of aviation sciences.

The recognition event will include the presentation of four other sets of annual campuswide awards: the Annual Make a Difference, Distinguished Faculty Scholar, Distinguished Teaching and Emerging Scholar awards. It will be followed by WMU President Edward Montgomery's State of the University address and is part of daylong convocation activities that start at 8:30 a.m.

This year's recipients of the Distinguished Service Award will join 67 faculty and staff members who have received the accolade. They were chosen from among nominees across campus who have demonstrated exceptional service in areas that reflect innovative and effective programming, increase WMU's stature or extend WMU's impact and presence into the larger community. 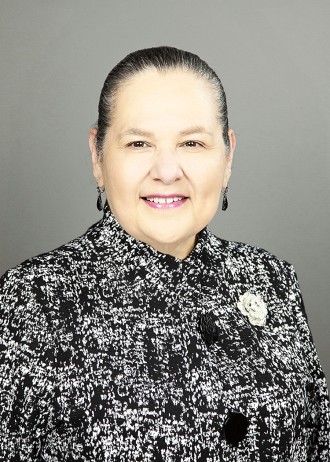 Hernández joined the Division of Multicultural Affairs in 1987 and has served as director since 2008. As director, she is instrumental in promoting and advancing diversity and inclusion on campus and makes a positive impact on student access, retention and graduation rates. She also is continuing her own education by pursuing a doctoral degree in educational leadership at WMU.

Those nominating her for the Distinguished Service Award lauded her for her long record of service, including working tirelessly to make college accessible to underrepresented populations and providing needed support to these students through their graduation.

"Diana Hernández has involved herself in service that contributes to the solution of a problem through the enhancement of students' education, both on campus and in the outside community," a faculty member who has worked with her wrote. "This she has done consistently through 32 years of service and with the purpose of advancing a noble cause. I have never sensed she does anything out of a desire for self-enhancement."

Hernández has garnered millions of dollars in grant funding from the U.S. Department of Education's Office of Migrant Education to help bolster opportunities for migrant and seasonal farmworkers and their children through the College Assistance Migrant Program. She also has helped build a study abroad program for these students, and is involved in ongoing efforts to create a Latino studies program and Native American–indigenous peoples program at WMU.

In addition, she has taught courses for Latino first-year college students on strategies in becoming and envisioning themselves as scholars, designed and taught a graduate course titled Hispanics/Latinos in Higher Education, and been an advisor for the Latino Student Alliance, Lambda Theta Alpha Latin Sorority and Kappa Delta Chi Colony. She also co-founded the WMU Latino Employees Association.

Locally, she has served on the YWCA board, been a mentor for Big Brothers/Big Sisters, and presided over the Hispanic American Council. Her state and national contributions have included membership on a variety of women's, Latinx and professional associations as well as service as a scholarship reviewer for the Congressional Hispanic Caucus Institute in Washington, D.C., and regional review chair for the National Hispanic Scholarship Fund within the Hispanic Association of Colleges and Universities.

"During my time as a Western Michigan University student, I learned through my peers and various student organizations of the type of support that Diana Hernández provides for so many," one former student who benefited from her teaching wrote. "She is highly respected and cared for among students, and staff as well. The impact that Diana Hernández makes on each student whose life is touched by her encouragement and persistence for excellence, serves as a testament for the care of the faculty at Western Michigan University." 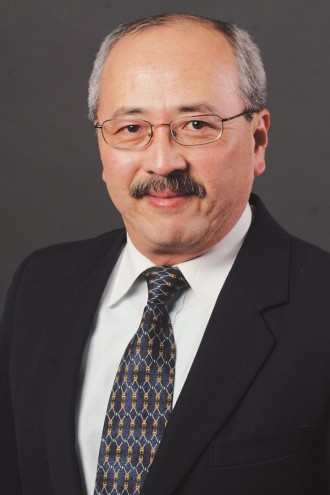 Huang, who came to WMU in 1985, served as founding director of the Timothy Light Center for Chinese Studies from 2010 until recently. His scholarly work focuses on labor economics and applied microeconomics. During his lengthy WMU career, he has taught more than 150 classes, served as an advisor or committee member for more than 100 graduate students, and been a visiting professor, lecturer or workshop presenter on a stunning range of topics at some 60 universities abroad.

In nominating him for the Distinguished Service Award, a former faculty colleague wrote that Huang "has seldom bypassed an opportunity to be of service to WMU." This and other nominators cited Huang's extensive efforts abroad to develop exchanges and partnerships with Asian institutions and to recruit Asian students and prominent scholars to campus.

They also praised Huang for his willingness to help other WMU units build their Asian-related programs; lead or support campus committees, projects and events; and serve the local community through such leadership posts as president of the Chinese Association of Greater Kalamazoo and president of Kalamazoo Chinese Christian Church.

"In his 33 years as a professor at Western Michigan University, he has long exemplified a high level of commitment and leadership to the University that can serve as a model, not just only for other professors, but for alumni like myself and others," one of his nominators wrote. "Professor Wei-Chiao Huang's exemplary service to Western Michigan University and its students can be seen in the many innovative and effective programs he has helped create and flourish. ... He has contributed to the growth and stature of the University and has extended the impact of the University on a global scale."

Another alumnus emphasized Huang's collegiality, noting that the economist served as chair of his doctoral dissertation committee. "Our research collaboration also continued after I completed the program in 2007," the former student who is now a senior economist with the World Bank noted. "We presented our joint research in conferences held in 2008 and 2010 which was later published in 2014." 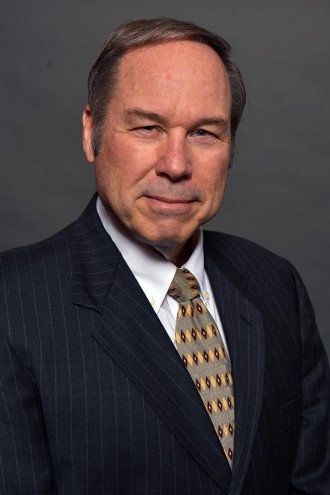 Rantz came to WMU's College of Aviation in 1993 and served as chair of his department from 2002 to 2004. He was named interim chair of the Department of Chemical and Paper Engineering in 2015-16 and associate director of the Georgeau Construction Research Center in 2017-18, both in the College of Engineering and Applied Sciences. For the past two years, he has served as interim chair of the Department of Chemistry in the College of Arts and Sciences and as an advisory board member of the Georgeau Center.

The many people who nominated him stress that Rantz has spent his academic career serving WMU and the larger Kalamazoo community in both small and large ways. On campus, these include volunteering as a mentor and advisor for students; serving more than 20 years on the Faculty Senate, including as a past president and a longtime director; and bringing in nearly $10 million in donations for research and scholarships. His off-campus activities include being active in professional associations and serving on the Board of Directors for Prevention Works in Kalamazoo.

"Under Dr. Rantz's leadership, Prevention Works has thrived," a psychologist who served with him wrote, adding that Rantz was instrumental in raising funds and recruiting board members for the organization.

"Bringing multiple groups together and forming a stronger unit is one of Bill's unique talents," another Prevention Works colleague reported. "Bill's tenure as president was term limited in January, but he left the organization and the presidency in a very strong position."

Nominators consistently extolled Rantz for his thoughtful, easy-going style and overall effectiveness as a leader while taking on numerous administrative roles and University projects.

"Part of Bill's charm is that while low-key, he is appropriately sensitive to social and political nuances and their potential impact on the decision-making process. This 'soft' skill, while of a subtle nature, has resulted in Bill's effectiveness as a campus leader," one Faculty Senate colleague wrote."

As a fellow Faculty Senate leader put it, "Bill's strength lies in his ability to maintain a steady hand; no matter how difficult the people and circumstances might be. Bill is recognized by his peers as someone who always takes the high road. In sum, Bill Rantz is the consummate professional."