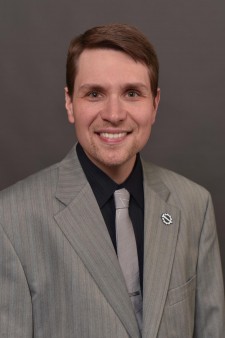 KALAMAZOO, Mich.—Research uncovering inherent racial bias among prosecutors in jury selection could have broader implications on court cases nationwide. In fact, a faculty team at Western Michigan University hopes it does.

"Even though my research has covered many topics before, this one feels like the work that could make the most tangible difference in someone's life," says Dr. Whitney DeCamp, professor of sociology at WMU, "and that makes me feel good about it."

DeCamp's initial curiosity in the court system was sparked by a podcast focusing on the case of Curtis Flowers, a Mississippi inmate on death row. In June, the U.S. Supreme Court threw out his 2010 murder conviction related to a quadruple murder in Mississippi. Justices found the prosecutor in Mississippi's fifth circuit court intentionally removed African Americans from the jury, violating Flowers' constitutional rights.

It's the fourth time Flowers has seen a murder conviction reversed, in a case where he's been tried six times. If it had happened so many times in this particular case, DeCamp wondered, could there be a larger issue within that same court district? 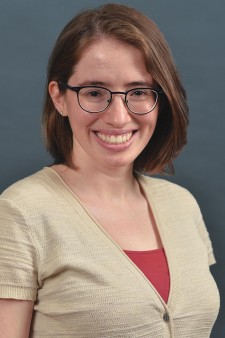 Deciphering data and synthesizing statistics are in DeCamp's wheelhouse as a researcher, and with 20 years' worth of the district's court cases available, he had plenty to work with. But he needed some help understanding racial bias.

He didn't have to look far.

"I approached my wife, because I'm not an expert in race, but she is," says DeCamp, who also serves as director of WMU's Kercher Center for Social Research. "Her dissertation involved race, so I thought we'd be a good team on this."

DeCamp's wife, Dr. Elise DeCamp, is an instructor in WMU's Institute for Intercultural and Anthropological Studies. She began looking into the Batson challenge, which is invoked to argue that someone has been unconstitutionally removed from a jury pool based on their race.

"(Prosecutors) can still come up with a number of race-neutral justifications," says Elise DeCamp. "One of the things I noticed when I was looking into it is, a lot of race-neutral justifications were often socioeconomic indicators, like education or occupation, which are connected directly to structural racism and legacies of inequality. So, they can say it's race-neutral, but that's not exactly the case when you look at it."

What the DeCamps found in that particular court district, in 89 different trials, is that black members of the jury pool were four times as likely to be removed with a peremptory strike for no specific reason than their white counterparts.

One reason that disparity is so important, says Whitney DeCamp, is that participating in the criminal justice system is a right. Excluding someone based on their race denies that right. Another, potentially more problematic implication is the outcome.

"It is artificially changing the outcome, and that’s the big concern here."

The team's findings have been published in the Journal of Research in Crime and Delinquency.

"A lot of media coverage has focused on racial profiling and some other examples of the reason why we have disproportionate numbers of African American men in the criminal justice system, but this is something that doesn't get a lot of attention," says Elise DeCamp.

This study in particular could get more attention, though, because of the Supreme Court's ruling on the Flowers case. In its decision, justices said attorneys can use information from other trials when making an argument that there's been racial discrimination in a particular case.

"I've done research on suicide, drug use, reentry from prison, lots of things that could theoretically impact people's lives in some way," Whitney DeCamp says. "I feel like this has the potential to have a more direct impact."