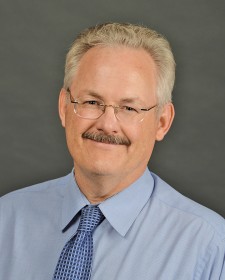 KALAMAZOO, Mich.—Detroit Tigers owner. Media mogul. John Fetzer's legacy as a successful businessman is widely known. But another driving force played a huge part in Fetzer's life: metaphysical spirituality. From psychics and the paranormal to "energy medicine" and even UFOs, Fetzer studied it all.

"It was part of his life that he kept really private," says Dr. Brian C. Wilson, professor of comparative religion at Western Michigan University. "Southwest Michigan is a pretty conservative place. He was afraid if people found out about his spiritual interests, he'd lose his audience, he might lose advertisers, or it might even put his (broadcasting) licenses in jeopardy. So, he was very quiet about it."

The Historical Society of Michigan has awarded Wilson with its highest honor—the State History Award—for his book, "John E. Fetzer and the Quest for the New Age," which follows the businessman's journey from Seventh-day Adventism to a quest for global spiritual transformation. It's Wilson's second such award, also winning in 2015 for his religious study of Dr. John Harvey Kellogg, the Battle Creek Sanitarium director who essentially invented breakfast cereal.

"As a professor of comparative religion with a focus on New Religious Movements, I’m fascinated with how people construct their worldviews—especially people who are not professional theologians or religious specialists. Kellogg and Fetzer fit the bill perfectly," says Wilson.

"Everyone knew about Kellogg’s Corn Flakes and the Battle Creek Sanitarium, but few knew about the novel religious worldview that led to these things; and many knew about the Fetzer Broadcasting System and Fetzer’s ownership of the Detroit Tigers, but only his closest friends knew about the spiritual journey that ran in parallel to (and informed) his business pursuits. I think many readers of my books have found these added dimensions to these two well-known figures intriguing and exciting." 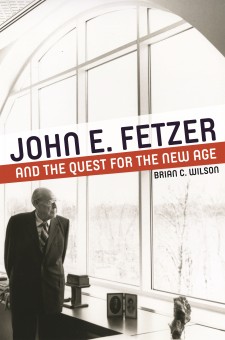 Wilson was able to get an intimate look at Fetzer's life through the Fetzer Memorial Trust, an arm of the Fetzer Institute, which originally commissioned him to write the introduction to an anthology. That led to a sabbatical and book project.

"In the basement of the Fetzer Institute are his archives, and he basically saved everything from his childhood on. So, it's incredibly rich—there's just tons of stuff," Wilson says. "I got to mine that for a year and write a book, so it was just a fantastic experience."

During the course of that year, Wilson was able to read letters Fetzer wrote when he was a young boy, see pamphlets he'd collected speaking out against Seventh-day Adventism, and read through the research he'd cultivated.

"I could go through and look at the progression of how he started putting these things together. He accepted some things, rejected others and over the decades created his own spiritual world view," says Wilson. "One of the reasons he got into metaphysical spirituality is because he wanted a spiritual path that was kind of harmonious with his engineering, technological and scientific interests."

In the 1970s, his financial and spiritual interests intersected with a number of research projects he funded, ranging from parapsychology to spiritual healing and alternative medicine.

"He was very interested in biofeedback—this idea that if you hook up … autonomic functions in the body to a machine that can reproduce the pulses or rhythms in sound, then you can hear that and through meditation and concentration you could begin to control it," says Wilson. "He funded a kind of exploratory program here at Western … that became part of the basis for the holistic health program." 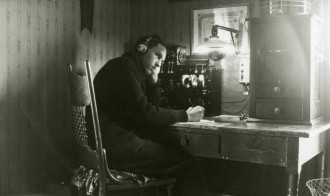 Wilson says his deep dive into Fetzer's life gave him a fascinating look at how the businessman's spiritual curiosity and journey mirrored the development of metaphysical spirituality in the United States during the 20th century.

"Fetzer developed an idea he called 'freedom of the spirit,' by which he meant that every individual has the right and duty to explore the path suited for them, regardless of social and other pressures," he says. "This he did for his entire life, and even at a very advanced age, he continued exploring and experimenting with new ideas and practices—an unquenchable zest for life that I find inspirational."

Wilson's research record earned him the WMU Distinguished Faculty Scholar Award—the University's highest academic honor for faculty—in 2019, and he doesn't have to travel far to find inspiration for future work.

"It turns out the Midwest was the epicenter for this kind of change away from an exclusively Christian focus to much more freedom of spiritual focus," says Wilson, who is considering a project centering on famous women's suffragist and Unitarian minister Caroline Bartlett Crane of Kalamazoo.

"She was a big part of the progressive movement. (Crane) was known as 'America's Housekeeper' and would go to large urban areas to do surveys and reports on living conditions, slum conditions, hygiene conditions and sanitation conditions, all in order to improve life in urban areas. She was quite well known in the day."

He's also working on a project with a wider scope, tracing a famed cross-country journey by Ralph Waldo Emerson late in his life that culminated in a meeting with John Muir in California that became the touchstone for American environmentalism.