KALAMAZOO, Mich.—"Loving husband, father, Tuskegee Airman." The words inscribed on Dr. Hackley Woodford's grave cover just a fraction of the immense impact the Western Michigan University alumnus had on thousands of lives in Southwest Michigan and beyond. 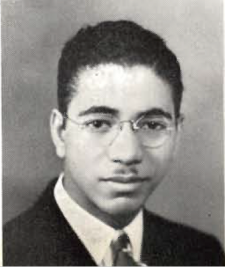 Born in Kalamazoo in 1914, he spent his childhood performing as a soloist and violinist with his family's band, The Woodford Family Musical, at churches around town. While he was musically gifted, Woodford knew medicine was his calling at a young age. After graduating from Kalamazoo Central High School in 1932, he enrolled at Western State Teachers College—now WMU.

"I received a good foundation in chemistry, biology and psychology, which helped later in my medical career," Woodford said when he was given a Distinguished Alumni Award in 1991. During his time at Western, Woodford helped bring Alpha Phi Alpha fraternity to campus and was the first chapter president. He graduated with a bachelor's degree in 1936 and went on to earn a medical degree from Howard University four years later.

Fate intervened as he was completing an internship and residency at Provident Hospital in Chicago, and he was drafted to serve in the U.S. Army. As a flight surgeon for the Tuskegee Airmen, he treated service members on the base in Alabama during World War II. Outside of his medical duties, he also learned to fly. While he was honorably discharged in 1945, he was actively involved in the Tuskegee Airmen organization for the rest of his life.

Woodford moved to Benton Harbor, Michigan, after the war and opened a family practice. Over the years he delivered more than 3,000 babies. He also led the charge in desegregating Mercy Hospital, meeting with administrators and the city's mayor to eventually change the hospital policy. 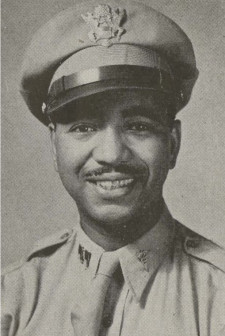 Capt. Woodford was a flight surgeon for the Tuskegee Airmen. (Courtesy of the Moorland-Spingarn Research Center, Howard University Archives)

"I believed my Black patients must have the same treatment and courtesy as my white patients," Woodford said in an autobiographical essay. He went on to serve as the chief of medicine and chief of staff at the hospital.

In addition to medicine, Woodford was heavily involved in his community, serving on the local school board and also performing with the Twin Cities Symphony Orchestra.

Woodford accepted a position as a partner in the prestigious Kaiser Southern California Permanente Group and moved his family to Pasadena in 1970. He became the first of the group's more than 3,000 physicians to become certified as a specialist by the American Board of Family Practice. He's also a charter member of the World Medical Association.

Woodford retired from full-time medical practice in 1984 and moved to San Diego, where he remained active in a number of community organizations as well as mentoring young students in southern California until his death in 2005.

"I have saved a lot of lives and have guided a great number of new lives into this world," Woodford said, adding the successes of other Black Western alumni such as Merze Tate and Henry Lewis Van Dyke inspired him to push himself in his own career pursuits and create a path for students of color who came after him.