Empowered by freedom after years in refugee camps, Medallion Scholar ready to change the world 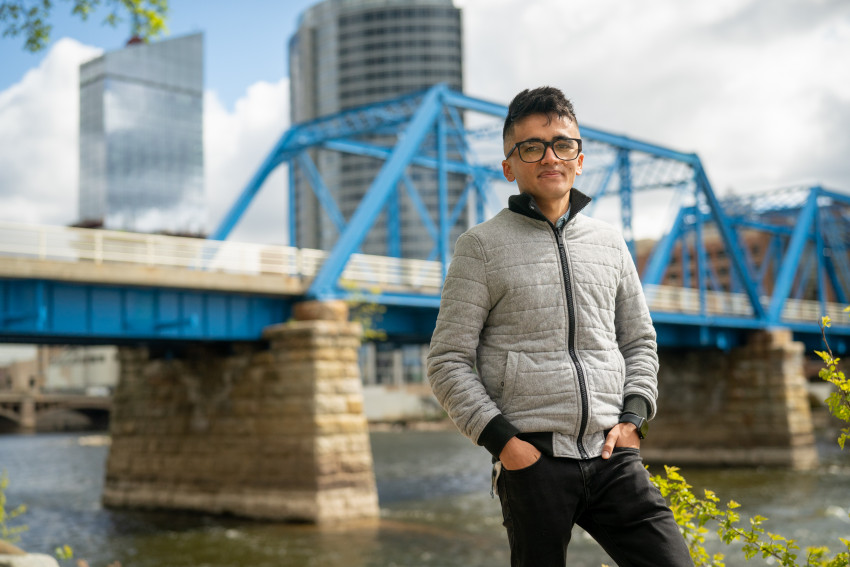 Zabihullah Najafi is excited to pursue a degree in political science at Western, with aspirations of one day becoming an advocate for refugees like himself.

As a recipient of Western Michigan University's Medallion Scholarship—the institution's most prestigious merit-based scholarship for undergraduates—the Wyoming High School graduate has a world of possibility ahead of him. It's a surreal realization for Najafi, a refugee from Afghanistan who arrived in the United States just two years ago.

"It's an opportunity that I never dreamed of," he says. "Finally I am here, and I'm really blessed for that."

To get to Western, Najafi has overcome more challenges than many people will see in their lifetime.

"Kids in Afghanistan don't have childhoods," he says. "Many are poor, and there's so much poverty that kids are forced to go and beg on the streets or work from a young age. They don't have any other choice. There's no school to go to; many of the schools are burned by the Taliban."

At just 13 years old, Najafi made the difficult decision to leave his family and everything he'd known for the chance at a better life.

"When I left my home country in 2015, I escaped war and violence," he says. "There are more than 25 terrorist groups that are active in Afghanistan. There are no jobs, no opportunity. You go outside of your home in the morning and you're not sure if you will come back alive at night. That's how it is. My mom finally told me, 'You don't want to be here; you have to leave.'"

Journey to a Better Life 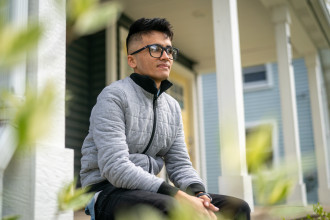 His harrowing journey took him through India, Malaysia, through the jungle and across the rough waters of the Indian Ocean in a small boat packed with other people fleeing violence and poverty.

"I remember there was a young girl with a family who was always asking her mom, 'When we go back, what happens?' And I knew the answer was they were never going back, but I dared not say anything."

The goal was to get to Indonesia, where he'd been told he could find refuge as an asylum seeker with the International Organization for Migrants (IMO).

"It was the reason my family decided to send me. They said, 'They'll give you shelter, they'll give you support, you need to go. It's not safe here.' But when I got to Indonesia, it was a different story."

Najafi says he was initially turned away from the immigration office. After two weeks of camping out on the street by himself, he was taken to a detention center.

"Everyone was locked in; they couldn't go outside the camp. They locked us in a room for three months. We could not leave the room even to go into the yard," he says, remembering sleeping on the cold, damp floor. He would spend seven months at the camp before being transferred to a shelter for children. While conditions weren't much better, he did have the opportunity to leave for a couple hours a day under strict supervision.

Refugees couldn't work or go to school in Indonesia, so he spent his free time learning English through YouTube videos and social media. He picked up enough to help out other kids in the camp.

"While I was over there, I was helping people by teaching classes or interpreting for them. When they got sick, I would go with them to the hospital and stay with them," he says. "It gave me a sense of living; helping them kept me alive over there. It made me really happy. That's why I chose to study political science at Western—to be an advocate and a voice for kids like them." 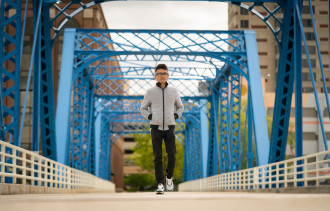 It took 18 months for Najafi to obtain refugee status through the United Nations High Commission for Refugees and another 18 months to complete background and health checks necessary for resettlement in the United States. In 2019, more than four years after leaving home, he arrived in Grand Rapids, where he was placed in an independent living program with Bethany Christian Services alongside other teenage refugees.

"To finally, finally feel freedom, it's just amazing. Going from a place where you can't go outside or do anything and right now to be so free to explore new things and learn new things is great,” he says.

The newfound freedom was at once a relief and a new challenge. He enrolled in Wyoming High School and knew enough English to get by, but having gone several years without consistent schooling meant he had to work harder than his peers to stay on track. He stayed after class to get extra help from teachers while he also had a full-time job working second shift on the packaging line at Amway to support himself as well as his family in Afghanistan.

Najafi's hard work paid off, and he is excited to take the next step in his academic career at Western with the support of the Medallion Scholarship, worth $64,000 over four years.

"I have the opportunity to participate in different programs and learn and not have to worry about working so much anymore—it can't get better than that," he says. "I've always thought that university is the best time of your life. To go from where I've been to now finally go to Western Michigan University and live on campus just can't be more amazing. It feels like I have so much support, and I'm home again."

On top of meeting new friends from all over the world and taking time to have some fun, Najafi looks forward to honing the skills and knowledge he needs to pursue a higher purpose: shining a light on the suffering he and so many refugees have had to endure.

"I think everything I've gone through made me stronger and made me kinder, because I saw all of these people going through so much without doing anything wrong," says Najafi, who hopes to one day work in the United Nations. "I know often refugees don't have a voice, and I want to be a voice for them."

Holding back tears, he is happy to see his family's dreams for him coming true, even if they can't be here to watch it happen.

"When I was back there (in Indonesia), I was not living; I was just alive. I was living in a damp, dark room suffering and waiting...with an uncharted future," he says. "I can see my future now and how it could be, so it is just amazing. It feels great to be normal and finally be living my life. That is a huge thing for me."