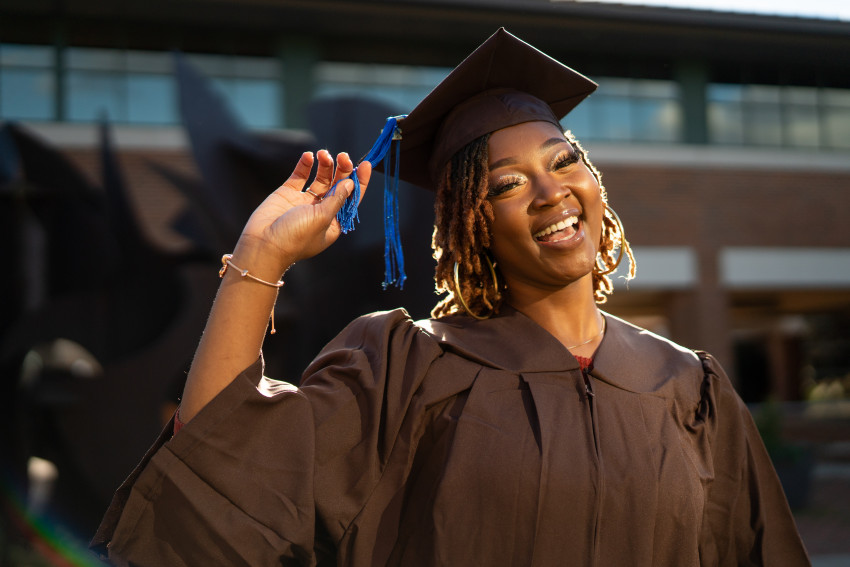 Jamilah Anthony will receive a bachelor's degree in accountancy from Western.

KALAMAZOO, Mich.—Family is important to Jamilah Anthony. It's what fuels her drive to succeed and also what she's found in pursuing her passion at Western Michigan University.

"(Western) is my home away from home," says Anthony, who will earn a bachelor's degree in accountancy from the University on Saturday, Dec. 18, and is already working on her master's. "These four years have flown by really fast! I'm just thinking about my dad and my grandma, how I wish they were here. But I know that they're here in spirit."

Anthony has endured a great deal of loss in her young life, beginning with losing her biological father in 1999 when her mother was pregnant with her. Then as a teenager, her grandmother and stepfather, two of her closest relatives, died just a year apart. Her stepfather's funeral was the day before her senior homecoming. The compounding heartbreak left her feeling lost. 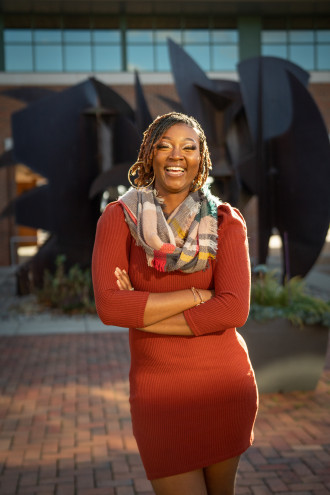 Anthony values the connections she made while at Western—both personal and professional.

"I didn't want to finish school. I didn't want to do anything, because I didn't know what I was doing it for anymore. It was really tough," she recalls. But she chose to find strength in her pain, knowing they would want to see her succeed. "I went on and finished school strong. Now when I do things, I do it because of them."

It was because of them she applied for Western's Foundation Scholarship—a four-year, $64,000 scholarship for incoming students who demonstrate resilience and academic excellence despite economic and other hardships. She still remembers the day Mark Delorey, a program advisor, called to deliver the news she'd received it.

"I called my mom while she was at work to tell her about it, and she was like, 'When I get home we have to call him back. We have to make sure that this is what you really have!'" says Anthony, who grew up in Muskegon, Michigan.

She'd been interested in Western because of its renowned Haworth College of Business. The scholarship meant Anthony would now have a path to her dream job as an accountant. It also gave her an automatic support system the moment she walked onto campus.

"In most scholarship groups, you get the scholarship but you never actually meet the other recipients or have meetings with the advisor of the scholarship," she says. "What makes the Foundation Scholarship different is we have dinners every Thursday, and we meet with (Delorey) every other week to talk about how everything is going. He invites us to his house for Thanksgiving dinners, Christmas dinners, things like that. And anything we are participating in, he always shows up for support. It's definitely very family-oriented. Everybody is close."

Anthony found that same spirit of support in her academic program, cultivating relationships with faculty that stretch beyond the classroom.

"If I don't understand something in class, they welcome me with open arms to their office hours. I will literally be there for hours at a time, not even always talking about work. Just having conversations with them about how classes are going and things like that is really beneficial."

She also had the opportunity to study abroad for a semester in Italy in fall 2019—the first time she'd ever traveled outside the country.

"It was so great getting to experience a different culture and meeting new people as well as traveling to places like Paris, Barcelona and Venice to name a few," she says. 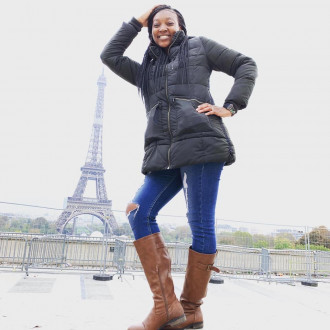 Back stateside, the commitment to student success Anthony found among her professors, the multitude of networking opportunities created by Haworth and the connections she established through the National Association of Black Accountants (NABA) helped Anthony secure three different internships at business management firms—one at Plante Moran and two at Ernst & Young, the latter of which was her top choice for an employer from day one at Western.

"I started applying to Ernst & Young my freshman year. I did an interview and they told me I needed to get more experience," says Anthony, who applied the following year and got the same answer. "Then, my junior year I was able to get an interview and they offered me the internship for this past summer."

Not only did her persistence pay off, her drive to succeed combined with the skills she'd developed in Western's accountancy program led to a full-time job offer with Ernst & Young once she completes her master's degree next fall.

"I was really excited when I found out I have a job waiting for me! It lifts a weight off your shoulders, that's for sure," she says. "Western definitely set me up for success."