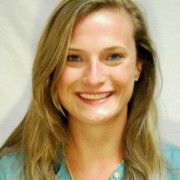 Alyssa Perry was born and raised in Grand Rapids, Michigan. She graduated from Forest Hills Northern High School and attended the University of Minnesota Crookston where she played volleyball. She went on to obtain her Doctor of Physical Therapy from Grand Valley State University in 2015. Later, she became an acute care therapist at Ascension Borgess Hospital. Alyssa also explored clinical education, which led to the opportunity to mentor students on becoming a credentialed CI. Soon after this, she became the site coordinator of clinical education. Alyssa is an active church member and volunteer in her community. She enjoys being a member of her church worship team. In addition to clinical work, she also enjoys playing competitive volleyball and spending quality time with her husband and two dogs. 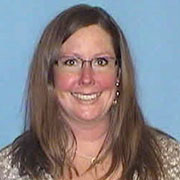 Karen VanLent graduated from Grand Valley State University with a master’s degree in Physical Therapy in 1995. She has worked in acute care at Bronson Methodist Hospital since graduation. In 1997 she became an Acute Care Clinical Specialist, which included orientation and clinical training of new staff along with full time clinical responsibilities. She filled the senior physical therapist position from 1998 until 2002, along with taking on the site coordinator of clinical education position and maintaining 50% of a clinical patient assignment. In 2019, Karen became the rehabilitation staff development instructor for Bronson system-wide.  When not at work, Karen enjoys spending time with her husband (Marc), and teenage children (Lauren and Carter), golfing, boating, cooking and traveling. 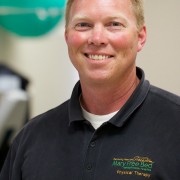 Kirk is a physical therapist and team leader for the Adult Neurological Program and Oncology Program in the Outpatient Therapy Center at Mary Free Bed Rehabilitation Hospital. He graduated from Grand Valley State University with a master’s degree in physical therapy in 1993. He has been involved in the Michigan Physical Therapy Association at the district and state levels throughout his career. Over the past 15 years, he has been the site coordinator of clinical education for outpatient Mary Free Bed adult and pediatric neurologic programs. He has been a clinical instructor for the past 25 years. 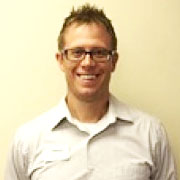