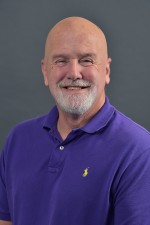 Dr. Al Poling is a Professor of Psychology at Western Michigan University. He received his B.A. from Alderson-Broaddus College, his M.A. from West Virginia University, and his Ph.D. from the University of Minnesota. A Fellow of the Association for Behavior Analysis International and Divisions 3, 25, and 28 of the American Psychological Association. Dr.l Poling has published 12 books and over 350 articles and book chapters and served as the research advisor of 38 Ph.D. recipients. With them and other colleagues Al has conducted research and done conceptual work in several areas, including behavioral pharmacology, clinical psychopharmacology (with special emphasis on the effects of psychotropic drugs in people with autism spectrum disorder), applied behavior analysis, gender issues, animal welfare, quantitative analysis, learning processes, research methods, and scent detection. Their work has been published in more than 50 different journals. He was recognized as a Distinguished Faculty Scholar at Western Michigan University in 1996 and as a Distinguished Alumnus of West Virginia University in 1999. In 2003, he received the Western Michigan University College of Arts and Sciences Outstanding Achievement in Research and Creative Activity Award. In 2016, Dr. Poling received a Lifetime Achievement Award from the California Association of Behavior Analysis, a Translational Research Award from the Association for Behavior Analysis International, and an International Humanitarian Award from the American Psychological Association. In 2019, he received the SEAB Don Hake Translational Research Award from the American Psychological Association.