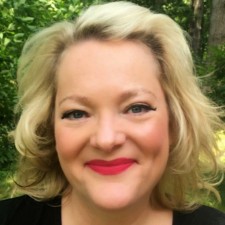 Elizabeth Cowan has sung with opera companies across the United States, most notably the Santa Fe Opera and the Dallas Opera. She was the 1994 Metropolitan District winner in Dallas, named the North Texas Singer of the Year, and was the featured recitalist for the National Association of Teachers of Singing convention at North Texas State University. A winner of the Wagner Society Solo Competition in Dallas, a Dallas Opera Guild career grant winner, and a concerto competition winner at SMU, Cowan was a finalist in both the San Antonio Vocal Competition and the D'Angelo Vocal Competition. She has also served as an adjudicator for many major vocal competitions. Her students have sung all over the world and have won major national and international singing competitions. Cowan has worked with such notable conductors and stage directors as John Copley, John Crosby, Marc Astafan, Dejan Miladinovic, and John Moriarity, and she has performed on stage with singers such as Fredericka von Stade, Dawn Upshaw, Kevin Langan, Timothy Noble, and Erie Mills. She has been the featured singer in master classes for many famous teachers, including Robert Merrill, Margaret Harshaw, Martina Arroyo, Shirlee Emmons, and Rosalind Elias.

In addition to her responsibilities at Western Michigan University, Cowan has taught at Florida International University and the New World School of the Arts in Miami. She holds the Graduate Diploma from New England Conservatory, the MM degree from Southern Methodist University and the Bachelor of Music degree from Wittenberg University. She has also done additional study at Westminster Choir College and the Chautauqua Institute.