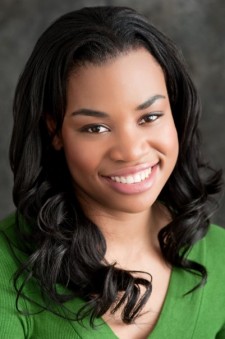 Adjunct Assistant Professor Rhea Olivaccé, soprano, is known for her “wonderfully warm lyric soprano voice.” She has performed the leading soprano roles of Tatyana in Tchaikovsky’s Eugene Onegin and Mimi in Puccini’s La Bohème, both conducted by Martin Katz at University of Michigan–Ann Arbor. Other roles at UMAA include La Contessa in Mozart’s Le Nozze di Figaro and Suzel in Mascagni’s L’amico Fritz. Additionally, Olivaccé performed the roles of Gasparina in Haydn’s La Cantarina and the title role in Holst’s Savitri with Florida International University Opera Theatre. She appeared as an Apprentice Artist with Des Moines Metro Opera in 2011 where she covered Musetta in Puccini’s La Bohème and Sarasota Opera in 2012 where she was awarded the Ann O’Donnell Scholarship Award for Outstanding Apprentice. Olivaccé participated in outreach scene concerts, as Mimi in La Bohème with Mercury Opera in Rochester, New York. Additionally, she collaborated with the Raisin River Ragtime Revue featuring excerpts from the ragtime opera, Treemonisha.

Olivaccé’s work as a concert and recital soloist has been widely recognized in performing such works as the Mozart, Brahms, Fauré, and Rutter Requiem Masses, Bach’s St John Passion and  Magnificat Mendelssohn’s Elijah, Beethoven’s Ninth Symphony, Handel’s Messiah, and Gershwin’s Catfish Row. In April 2009, Olivaccé performed with the New York Pops under the baton of Steven Reineke in Carnegie Hall where she also performed her debut recital in October 2008, sponsored by the Netherlands American Trust. In June 2008, she made her international debut in recital at the Concertgebouw in Amsterdam, Netherlands.

Olivaccé is a frequent awardee at the Metropolitan Opera National Council Competition where she won the People’s Choice Award in 2011, advanced to the District Competition in 2010, and an encouragement award in 2009. She also took second place in the National Association for Negro Musicians Vocal Competition (2011).