Learn more about our speakers featured in the Fridays for Future lecture series! 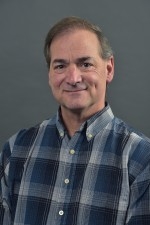 Dr. David Karowe is a professor in the Department of Biological Sciences at WMU. Karowe's lab is looking into how the nutritional quality and defensive chemistry of plants change under elevated CO2 and how such changes affect the growth, survivorship, and behavior of insect herbivores and parasitoids. The ultimate goal of this research is to expand understanding of the ecological and evolutionary consequences of elevated CO2 to include higher trophic levels. This work has been supported by grants from the National Science Foundation and the United States Department of Agriculture. 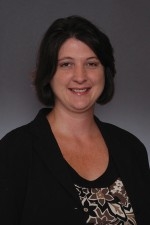 Denise Keele received her PhD in Environmental Politics from SUNY-ESF, Syracuse and is currently an Associate Professor of Political Science, jointly appointed with the Institute of the Environment & Sustainability, at Western Michigan University (WMU) in Kalamazoo, Michigan USA.  Her research and teaching focus on environmental policy and law, in particular the use of the courts to influence public policy. Since 2014, she has chaired the interdisciplinary WMU Climate Change Working Group. In 2018, she became the faculty co-chair of WeVote, WMU’s non-partisan committee focused on voter registration, education and turnout. 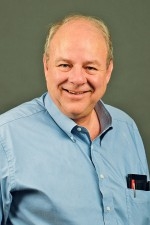 Dr. Duane Hampton is a groundwater geologist with a B.S. in geology from Michigan State, and M.S. and Ph.D. in civil engineering from Auburn and Colorado State.  Some of his summer jobs were at USGS, the National Wildlife Foundation, and the Conservation Foundation.  Duane teaches courses in the area of hydrogeology, as well as climate change and surface water hydrology.  Duane has taught an introductory climate change class at Western annually since 2011.  He has studied the effects of climate change on the hydrologic cycle in Michigan.  Since 1970 temperatures and rainfall have increased almost everywhere, and snow has decreased in most locations. 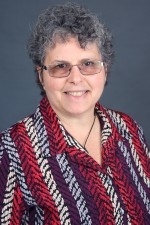 Dr. Michelle Kominz’s work focuses on long-term climate changes driven by tectonic and other forces that ranges from tectonics when the continents did not appear as they do today to orbitally-driven cli-mate cyclicity (20 thousand to 400 thousand year cyclicity). She has published extensively in journals such as Science based on significant funding, mainly from NSF. Dr. Kominz is a Fellow of the American Association for the Advancement of Science. She and Drs. Kehew and Sultan are Fellows of the Geological Society of America. 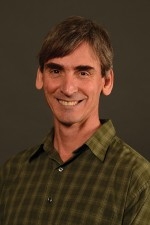 Paul Clements is a professor of Political Science at WMU where he directs the master’s program in International Development Administration. He received a BA in Social Studies from Harvard and a PhD in Public Affairs from Princeton. Most of his childhood was spent in Hong Kong and India, and he lived for five years in The Gambia, West Africa, where he originally served as a Peace Corps Volunteer. He has conducted evaluations of development projects and worked on evaluation systems in many Africa countries and in Bangladesh, Brazil, and the Philippines. In 2014 and 2016 he was the Democratic candidate for Congress in Michigan’s Sixth District. At WMU he co-founded the Climate Change Working Group and he is helping to launch a graduate certificate program in Climate Change Policy and Management. He is also a founding member of the Kalamazoo Climate Crisis Coalition, and with one of his classes he wrote the original draft of the Kalamazoo Climate Action Plan for the City of Kalamazoo. His publications include Rawlsian Political Analysis: Rethinking the Microfoundations of Social Science with the University of Notre Dame Press, “Rawlsian Ethics of Climate Change” in Critical Criminology, and a chapter on “Contractualism and Climate Change” in the forthcoming book, Moral Theory and Climate Change: Ethical Perspectives on a Warming Planet.