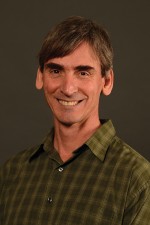 Dr. Paul Clements, professor of political science at Western Michigan University, gave a dissertation for his Ph.D. titled "Development as if Impact Mattered: A Comparative Organizational Analysis of USAID, the World Bank and CARE based on case studies of projects in Africa."

He consults for domestic and international organizations on the design of monitoring and evaluation systems. In 2014 and 2016, he was the Democratic candidate for Congress in Michigan's Sixth District.