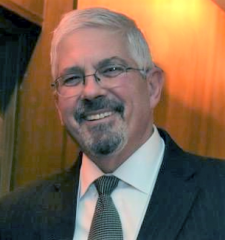 After more than 40 years of distinguished service to the State of Michigan in Lansing and at Western Michigan University, Greg Rosine, vice president of WMU's Office of Government Affairs, will retire effective June 1.

Rosine’s leadership of the WMU government affairs team and collaborative efforts with WMU's senior administrators and the southwest Michigan delegation of legislators has netted the University more than $80 million in special appropriations and capital outlays over his tenure.

“ Greg Rosine has been a tireless champion for WMU with our state, federal and local elected officials,” said WMU President Edward Montgomery . “We can see just some of his successes by walking around campus where Sangren Hall, the College of Aviation, and Dunbar Hall stand as reminders, or from visiting the Autism Center, Unified Clinics, Michigan Geological Survey and other academic programs that have benefited from his work. Bottom line—Greg has left his mark on WMU and will be sorely missed.”

Rosine’s career in government began in 1979 at the nonpartisan House Fiscal Agency, where he served as a fiscal analyst for for eight years and as associate director from 1987 to 1997. He spent the following five years at the Michigan Department of Transportation, serving initially as chief administrative officer and later as the director. He worked collaboratively with the state legislature, Michigan's Congressional delegation, local units of government and a variety of constituent groups.

Rosine's leadership extended beyond his University responsibilities in Lansing as a past chair and active member of the State Relations Officers of the Michigan Association of State Universities (MASU). Locally, he serves as the chair of both the Kalamazoo County Transportation Authority (KCTA) and the Central County Transportation Authority (CCTA).

If you’re out on the Great Lakes this summer, look for Rosine, and his wife, Shari Glaser, on their sailboat, Wanderlust.