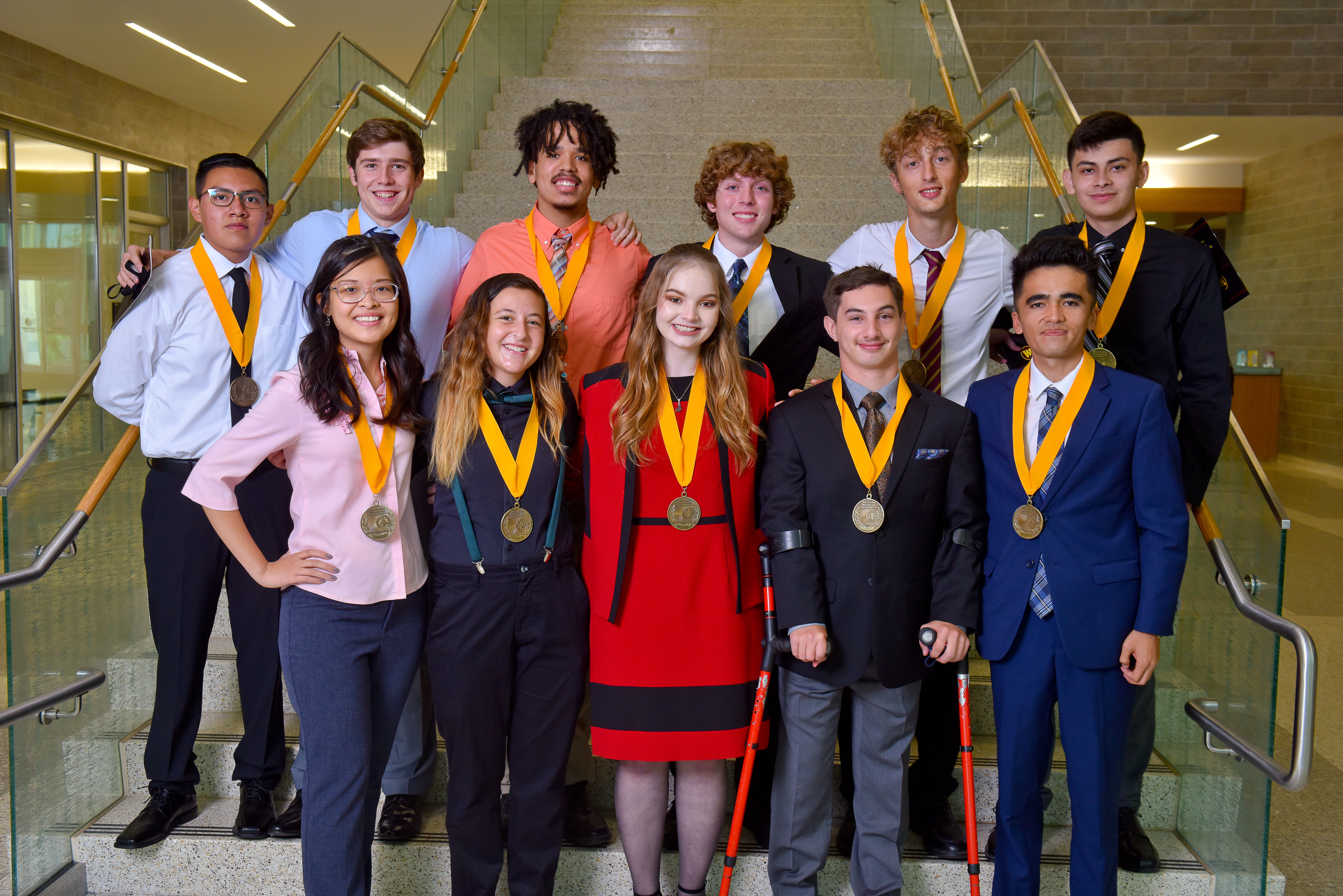 Posted by Bethany Gauthier on November 11, 2021

On October 8, 2021, 12 students were officially inducted as Western Michigan University Medallion Scholars. They join an exemplary group of students who have been awarded WMU’s most prestigious merit-based scholarship for undergraduates. The Medallion Scholarship Program is co-sponsored by Lee Honors College and the Office of Admissions.

As Broncos, Medallion Scholars are members of Lee Honors College and receive the diverse benefits of an honors college education. Medallion Scholars demonstrate The Medallion Ethic, which is a spirit of commitment to excellence and leadership that challenges each Medallion Scholar to make a difference. The Western Michigan University Medallion Scholarships were created in 1984 under the leadership of Trustee Emeritus J. Michael Kemp. Originally valued at $32,000, these scholarships were among the largest merit-based awards at any public university in the United States. The $64,000 value for the 2021 recipients is the largest Medallion scholarship in the history of the program. Periodic increases to the scholarship amount reflect Western’s commitment to keeping pace with college tuition rates. Medallion Scholarships have been awarded to more than 700 outstanding students, totaling more than $9 million. To support these outstanding students, donations and pledges, including estate gifts, may be made to the Medallion program by visiting the giving page. For more information, please contact the Office of University Advancement at (269) 387-8700.

We congratulate the 2021 class of Medallion Scholars, an outstanding group of students who are ready to serve as leaders and make a difference here at WMU.