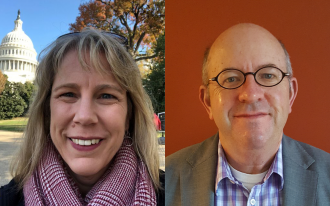 "A Century of Votes for Women: American Elections Since Suffrage "

How have American women voted in the first 100 years since the ratification of the Nineteenth Amendment? How have popular understandings of women as voters both persisted and changed over time? In A Century of Votes for Women, Christina Wolbrecht and J. Kevin Corder offer an unprecedented account of women voters in American politics over the last ten decades. Bringing together new and existing data, the book provides unique insight into women's (and men's) voting behavior, and traces how women's turnout and vote choice evolved across a century of enormous transformation overall and for women in particular. Wolbrecht and Corder show that there is no such thing as 'the woman voter'; instead they reveal considerable variation in how different groups of women voted in response to changing political, social, and economic realities. The book also demonstrates how assumptions about women as voters influenced politicians, the press, and scholars.

Christina Wolbrecht is Professor of Political Science and Director of the Rooney Center for the Study of American Democracy at the University of Notre Dame, Indiana. She is author of the award-winning books Counting Women's Ballots (with J. Kevin Corder, Cambridge, 2016) and The Politics of Women's Rights (2000).

J. Kevin Corder is Professor of Political Science at Western Michigan University. His books include Counting Women's Ballots (with Christina Wolbrecht, Cambridge, 2016), which received the 2017 Victoria Schuck Award, and The Fed and the Credit Crisis (2012).

All University Center for the Humanities events are free and open to the public. 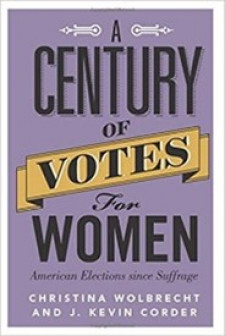