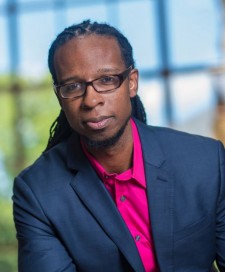 "How To Be An Antiracist ”

This program is presented in conjunction with: WMU Theatre's production of August Wilson's "Gem of the Ocean" playing at WMU – Nov. 15 through Nov. 24, 2019.

"Black Refractions: Highlights from The Studio Museum in Harlem," on display at the Kalamazoo Institute of Arts – Sept. 14 through Dec.8, 2019.

When the first Black president headed into the White House, Americans were imagining their nation as colorblind and went so far as to call it post-racial. With the arrival of Donald Trump many people are awakening and seeing racial reality for the first time. With opened minds, people are actively trying to understand racism. 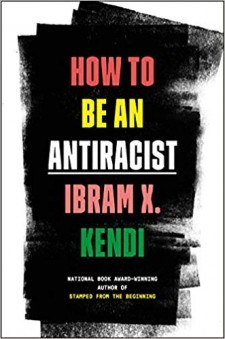 In this deeply personal and empowering lecture, Ibram X. Kendi shifts the discussion from how not to be racist, to how to be an antiracist. He shares his own racist ideas and how he overcame them. He provides direction to people and institutions who want more than just band-aid programs, but actual antiracist action that builds an antiracist America.

Kendi is a New York Times bestselling author and the founding director of the Antiracist Research and Policy Center at American University. A professor of history and international relations and a frequent public speaker, Kendi is a columnist at The Atlantic. He is the author of "Stamped from the Beginning: The Definitive History of Racist Ideas in America," which won the National Book Award for Nonfiction, and "The Black Campus Movement," which won the W.E.B. Du Bois Book Prize. His newest book, "How To Be An Antiracist," publishes in August 2019. Kendi lives in Washington, D.C.

All University Center for the Humanities events are free and open to the public. No tickets or registration required.