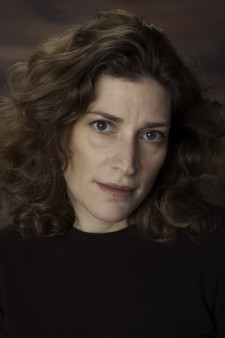 "THE FIRSTS: The Inside Story of the Women Reshaping Congress"

Please join us for an online discussion with NY Times reporter and award winning author, Jennifer Steinhauer.
In January 2019, the largest number of women ever elected to Congress was sworn in—87 in the house and 23 in the Senate. This history-making Class of ’19 included many remarkable firsts: the youngest woman ever to serve; the first two Muslim women; the first two native American women, one openly gay; a black woman from a nearly all-white Chicago suburb; and a Hispanic woman from a heavily Republican border region. In many instances these were the first women and/or persons of color and/or youngest persons to serve from their state or district. These diverse new arrivals were ready to make changes—and a lot of noise. Veteran New York Times Capitol Hill reporter Jennifer Steinhauer has been following this historic transition from Day One and in THE FIRSTS: The Inside Story of the Women Reshaping Congress, she uses her rare vantage point to take a behind-the-scenes look at these newcomer’s individual and collective attempts to usher in change in Washington.
Offering expert historical context, intimate detail, and you-are-there access to the halls of the Capitol, Steinhauer followed these women closely for their first year, interviewing them and their staff and colleagues on and around the House floor, reporting on committee meetings, and visiting them in their homes. She listened in on their phone calls with constituents and accompanied them on public visits back in their districts. With her seasoned political eye, she assesses not only how these women are doing, but whether their election will have a long-term impact. Will the issues they and their constituents most care about—such as health care, childcare, and pay equity—finally get a permanent place at the table? Can these women, many already social media stars and political punching bags, find a way to break through the partisan stalemate and hidebound traditions of Washington, DC? Which is a more salient marker of change—their gender, or the diversity of age, race, religion and economic status they bring to Congress? Who will have staying power in our era of twenty-four-hour news cycles and nonstop social media feeds, and who will be gone in two years?
Jennifer Steinhauer has covered numerous high-profile beats in her twenty-five-year reporting career at the New York Times, from City Hall bureau chief and Los Angeles bureau chief to Capitol Hill. She won the Newswoman’s Club of New York Front Page Deadline Reporting Award in 2006 for her reporting on Hurricane Katrina. She has written a novel about the television business, and two cookbooks.

All University Center for the Humanities events are free and open to the public. RSVP registration required.
RSVP: wmu-humanities@wmich.edu