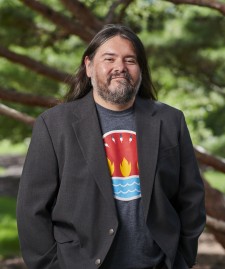 Nov. 7, 2019 | 7 p.m. | 2452 Knauss Hall, WMU
Native American and Indigenous Peoples committee lecture
Since at least the Declaration of Independence, where American colonists condemned the British for enabling “merciless Indian savages” to undermine colonial interests, American Indian law and policy has been driven by Indian-hating. Indian-hating dominates the philosophical foundations of anti-American Indian rhetoric that too often drives Indian law and policy. Traditional Anishinaabe (Odawa, Ojibwe, Bodewadmi) stories or teachings, known as Aadizookaanaan, that helps to reorient law and policy from an Indian perspective. 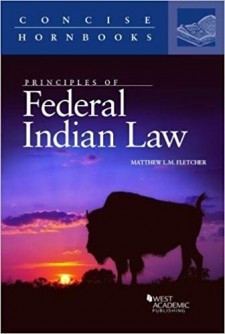 Matthew L.M. Fletcher is Professor of Law at Michigan State University College of Law and Director of the Indigenous Law and Policy Center. He is a regular instructor at the Pre-Law Summer Institute for American Indian students. He sits as the Chief Justice of the Poarch Band of Creek Indians Supreme Court and also sits as an appellate judge for the Grand Traverse Band of Ottawa and Chippewa Indians, the Mashpee Wampanoag Tribe, the Match-E-Be-Nash-She-Wish Band of Pottawatomi Indians, the Pokagon Band of Potawatomi Indians, the Hoopa Valley Tribe, the Nottawaseppi Huron Band of Potawatomi Indians, the Santee Sioux Tribe of Nebraska, and the Tulalip Tribes. He is a member of the Grand Traverse Band, located in Peshawbestown, Michigan.
Co-sponsor:

All University Center for the Humanities events are free and open to the public. No tickets required.