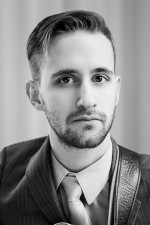 Remaining an in-demand sideman, Landon has also earned awards for his pursuits as a leader. In 2012, the modern jazz/rock group  Desolation Row, led by Landon, won a Downbeat Magazine Student Music Award (SMA) for Best Blues/Pop/Rock Group—Landon’s work with this group on their debut album Remember to Breathe also earned him the Downbeat SMA for Best Blues/Pop/Rock soloist the same year. After earning his Bachelor’s of Music in Jazz Studies at Western Michigan University in 2012, Landon placed third in the 2013 Montreux Jazz Festival International Jazz Guitar Competition; was a semi-finalist in the 2015 Wes Montgomery International Guitar Competition; placed second in the 2017 and 2018 Wilson Center Jazz Guitar Competitions, and placed fifth in Lee Ritenour’s Six String Theory Guitar Competition in 2018. Outside of the jazz realm, Landon is an avid singer-songwriter and performer of popular music from many eras and genres.

In addition to his many pursuits as a performer, Landon enjoys teaching private lessons and masterclasses, covering the topics of harmony, theory, improvisation, composition, repertoire, and general musicianship. Landon recently earned a Master’s of Music degree in Jazz Studies from the University of Northern Colorado, where he held a teaching assistantship, coaching small groups, co-directing Lab Band II, and teaching improvisation and private lessons. He is excited to currently be on the jazz faculty at his alma mater, Western Michigan University.