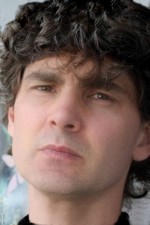 Toronto-born, saxophonist and composer ANDREW RATHBUN  is at the forefront of a new generation of jazz innovators. His improvisations are at once melodic, gritty and technically stirring. His compositions are lyrical, harmonically complex and formally ambitious. There is a poetic and multi-dimensional quality to Andrew’s music, which fellow saxophonist Joe Lovano has praised for its “warmth and beauty.”

Andrew has documented his individual sound on a series of acclaimed recordings, mainly for the Fresh Sound New Talent label. On Jade and True Stories, he wrote original music to complement poetry texts by Cathy Song and Margaret Atwood, respectively. On Days Before and After, co-led with drummer Owen Howard, Andrew employed the adventurous two-guitar team of Ben Monder and Geoff Young. On the 2002 quintet release Sculptures, Andrew joined forces with the legendary trumpeter (and fellow Canadian) Kenny Wheeler. Shortly after the release of Sculptures, Andrew collaborated with Wheeler again in a live large-ensemble setting, performing classic Wheeler compositions as well as new Rathbun works, including the “Power Politics Suite.” Andrew has also written a variety of chamber and orchestral pieces, as well as pieces for the Danish Radio Jazz Orchestra, the Dave Liebman Big Band, the Fresh Sound New Talent Jazz Orchestra, the Metropole Orchestra, and the Brussels Jazz Orchestra. With Renderings: The Art of the Duo, Andrew reunites with pianist George Colligan, who appeared on True Stories as well as Scatter Some Stones (Challenge Records), Andrew’s 1999 debut as a leader. Along with two Colligan originals and an opening treatment of Maurice Ravel’s “Menuet sur le nom du Haydn,” Renderings features two extended works: Andrew’s “Suite for soprano saxophone and piano” and selections from “Musica Callada” by the late Spanish composer Federico Mompou (1893-1987). Andrew and George approach these dense classical themes as jazz improvisers, expanding on their harmonic implications while faithfully articulating their inherent beauty. In his liner notes, the great David Liebman writes of the “high artistry, flawless technique and intense communication” that the duo idiom requires. He declares that Andrew and George “are definitely up to the challenge that the art of the duo presents.” His latest CD Shadow Forms (SteepleChase), is a free-wheeling outing with tenor legend George Garzone. This ensemble recently completed a tour of the Canadian Jazz festivals, and was hailed as a “killer band” by the Vancouver Jazz Festival. Affairs of State, is a complex and gritty set of compositions lamenting the great unraveling that has occurred over the last six years in the United States. Both recordings were met with wide critical acclaim. Where We Are Now (SteepleChase) features jazz percussion master Billy Hart. His latest release is Idea of North, a sextet exploration which finds the radio work of Glenn Gould as its inspiration.

As a sideman, Andrew has appeared on over 25 recordings.  He continues to push past musical boundaries, both on record and in live gigs throughout New York City. He earned his Masters with Academic Honors and Distinction in Performance from Boston’s New England Conservatory. His other awards and distinctions include grants from the Ontario Council for the Arts, the Canada Council and the American Music Center. He has served as a fellow at the Aspen Music Festival, an artist at the Banff Center for the Arts, a fellow at the MacDowell Colony, and a woodwind studio instructor on faculty at the University of Maine. He received his Doctorate in Jazz Arts from the Manhattan School of Music.