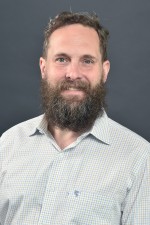 Dr. Jeffrey Angles is a professor and advisor of Japanese in the Department of World Languages and Literatures at Western Michigan University.

Angles' lifelong interest in Japan and Japanese literature began when he went to southwestern Japan as a 15-year-old exchange student. Since then he has gone to Japan multiple times, spending many years working and studying in various cities including Saitama City, Kobe and Kyoto. Much of his critical work has focused on expressions of ideology within 20th century and 21st century literature and film from Japan. His study of representations of same-sex desire in the literature of the interwar period was published in 2011, and his study of poetry written in response to the 2011 disasters in Japan was published in 2016.

Angles is a prominent translator of modern Japanese literature, with several volumes of Japanese literature in translation to his name. His book "Forest of Eyes: Selected Poems of Tada Chimako," published by the University of California Press, received both the 2009 Japan-U.S. Friendship Commission for the Translation of Japanese Literature and the 2011 Harold Morton Landon Translation Award from the Academy of American Poets. Other translation projects have earned grants from the PEN America and the National Endowment for the Arts, including his most recent accomplishment of receiving a 2020 Literature Translation Fellowship from the NEA. He has led translation courses and workshops at the University of Tokyo and the British Centre for the Art of Translation.

Angles is also a poet in his own right. His book of poetry written in Japanese, "Watashi no hizukehenkōsen" (My International Date Line, 2016) won the Yomiuri Prize for Literature, making Angles the first American ever to win this prestigious prize for a book of poetry.