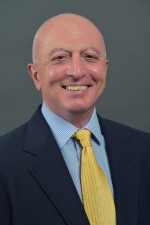 Dr. Naghshineh received his bachelor's and master's degrees from Louisiana State University in mechanical engineering in 1981 and 1982, respectively. Following his graduation, he worked for the BF Goodrich Tire Research Center in Akron, Ohio, where he conducted research on tire/vehicle noise and vibration issues. In 1986, he joined the Goodyear Tire and Rubber Co. where he served as a group leader of the Acoustics group and continued to work on tire/vehicle noise and vibration problems. He joined the Penn State Noise Control lab in 1988 while pursuing his Ph.D. in mechanical engineering, specializing in structural acoustics and active noise control.

Prior to receiving his doctoral degree, Naghshineh worked as a senior research engineer for the Stanford Research Institute in Menlo Park, Calif. He has been a professor at Western Michigan University since 1994, conducting research on noise and vibration control, teaching courses in his field, and supervising both graduate and undergraduate students. He is the director of WMU’s Noise and Vibration Laboratory. In addition, he served as the director of graduate programs for mechanical engineering from 2005-2016, as interim associate chair for the department, and as interim associate dean for graduate education and research for WMU’s College of Engineering and Applied Sciences.

Naghshineh has an extended record of industrial collaborations. His research has been supported by government agencies such as the National Science Foundation and the National Institutes of Health, as well as many industrial partners including General Motors and Nissan. He also has collaborated in blindness and low vision studies with research partners in WMU’s College of Health and Human Services and with the biological science department in the College of Arts and Sciences. He is a registered professional engineer in the state of Michigan.