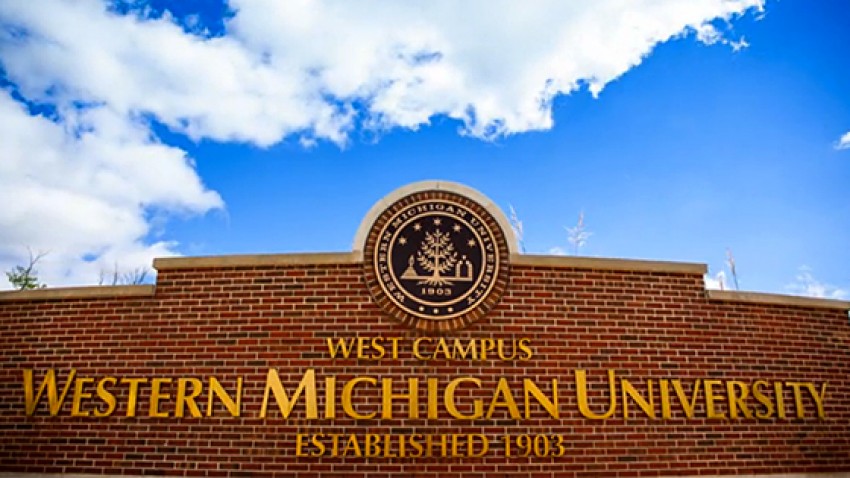 KALAMAZOO, Mich.—Western Michigan University has been selected to receive a 2014 Climate Leadership Award, recognizing the campus for its innovation and leadership in sustainability. 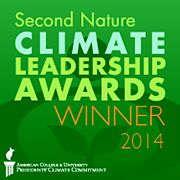 Award winners were selected by the Second Nature board.

The award is from Second Nature, a national nonprofit organization that works to transform higher education to create a healthy, just and sustainable society. The awards are presented annually to signatory institutions that are part of the American College and University Presidents' Climate Commitment. The awards recognize institutions that "demonstrate innovative and advanced leadership in education for sustainability and climate mitigation and adaptation."

"The United States National Climate Assessment demonstrates that human-driven climate change is no longer a problem for the future--it has moved firmly into the present as campuses and communities across the country increasingly feel its impacts," says David Hales, president of Second Nature. "There is much more work to be done as we prepare to live in the climate of the future. More than ever, higher education has a critical role to play as this year’s Climate Leadership Award winners demonstrate with their leadership and exemplary actions."

This year, the award program's fifth, drew the most competitive pool of nominations to date, according to Second Nature officials. The six winners were among 20 finalists chosen by Second Nature’s board and representing the diversity of higher education institutions across the U.S. Earlier this spring, all 20 finalists participated in an online video competition featuring each campus' respective sustainability accomplishments. The WMU video was the top vote-getter in the video competition, garnering nearly 9,000 votes.

"This process has been extraordinarily gratifying," says WMU President John M. Dunn. "The competition allowed us an opportunity to reflect upon our many accomplishments, as well as have some fun and celebrate those achievements. Now, winning the award raises the bar and challenges us to tackle the next level of work."

A long history of sustainability efforts

WMU's sustainability efforts, which are part of its strategic plan, date back to 1971 when the University established Michigan's first environmental studies program. In 1980, the University launched a quasi-green revolving fund--the first in the nation--that is used to fund energy-saving projects. Energy savings from those efforts have been captured and reinvested in additional energy-saving initiatives over the years. A number of other higher education institutions have since adopted similar funding mechanisms. Additional work at WMU has focused on solar power, electric vehicles, food and gardening storm water management and interdisciplinary efforts to build sustainability into curricula and research. In 2010, WMU students became the first student body in Michigan to initiate and approve a fee that supports campus sustainability initiatives and provides funding for student research.

Second Nature is the support organization of the American College and University Presidents' Climate Commitment. The ACUPCC is an active partnership among 684 colleges and universities to accelerate the education, research, and community engagement needed to slow and stop human-induced climate change while setting an example by eliminating net greenhouse gas emissions from their own operations. Learn more at secondnature.org and presidentsclimatecommitment.org.