The event, which begins at 11 a.m. also will feature WMU President Edward Montgomery's State of the University address and presentation of other campuswide honors, including the Distinguished Teaching, Distinguished Faculty Scholar, Emerging Scholar and Annual Make a Difference awards.

As recipients of the Distinguished Service Award, Felkel and Takahashi-Ede join 61 faculty and staff members who have received the accolade since it was established in 1980. The two were chosen from among nominees across campus who have demonstrated exceptional service in areas that reflect innovative and effective programming, increase WMU's stature or extend WMU's impact and presence into the larger community. Both will receive a plaque and $2,000 honorarium. 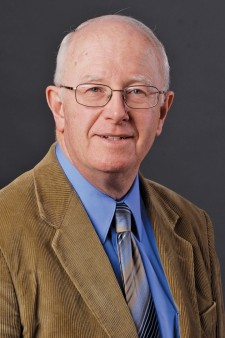 Felkel joined the University's Spanish department as an assistant professor in 1971. He became an associate professor in 1979 and a full professor in 1990. He previously had taught high school Spanish in Massachusetts. Felkel earned his bachelor's and master's degrees from Boston College and a doctoral degree from Michigan State University.

He is a past board member of the Medieval Institute, serving twice as its chair, and was a 1989 recipient of the Distinguished Teaching Award.

Letters of support for Felkel referenced his dedicated service to WMU, Kalamazoo and Michigan. Felkel is, in the words of his nominator, "devoted to service at WMU and well beyond into the local and regional communities."

ln addition to his faculty duties, he has led the College Promotion Committee and numerous search committees as well as serving on the Faculty Senate and All-University Distinguished Teaching Award Committee.

He also formed an academic partnership with a teacher at Loy Norrix High School to assist in the development of the Advanced Placement English class.

His work in promoting hospice care also has been acknowledged at the state and national levels, as he has been a volunteer for Hospice of Greater Kalamazoo since 1991. 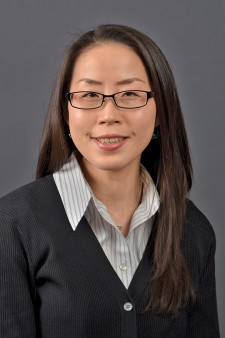 Starting as a graduate student at WMU 20 years ago, Takahashi-Ede earned two master's degrees while teaching Japanese language at WMU and continued with a nine-year career in the College of Arts and Sciences Undergraduate Advising Office before moving to the Office of Study Abroad in 2016.

As a study abroad specialist, she manages incoming exchange and study aboard efforts at WMU and works with domestic students who want to study abroad in Japan and Korea. A native of Japan, she earned her bachelor's degree in Tokyo, as well as master's degrees in counseling psychology and comparative religion and a graduate certificate in gerontology, all at WMU.

Takahashi-Ede, in the words of her nominator, has "a well-deserved reputation among her peers that has paid handsome dividends for Western Michigan University." ln addition to her staff duties, she developed the R1/R2 program which used predictive analytics to anticipate incoming first-year students who were likely to encounter academic difficulties, initiated a pilot study on the effectiveness of regular advising on grade point average and expanded the study abroad program.

Letters of support for Takahashi-Ede pointed to her varied background and dedicated service to all three legs of the University mission of being learner centered, discovery driven and globally engaged.

During an internship at Borgess Medical Center, she worked with hospice interdisciplinary staff members, provided psychosocial end-of-life care to patients and families and also bereavement care for patients' families.

During that same time, she also worked at an internship at the Borgess Nursing Home as an activity coordinator as well as provided companionship, life review, reminiscence therapy and expressive art therapy for the residents.