The honor is the highest award WMU bestows on faculty members. It pays tribute to individuals whose work constitutes a significant body of achievement that is widely recognized within the national and international academic communities.

Gorczyca, Xiong and Zhang will be recognized during this year's academic convocation at 11 a.m. Friday, Oct. 6, in the Bernhard Center. The event also will feature WMU President Edward Montgomery's State of the University address and presentation of four other prestigious campuswide honors: Distinguished Service, Distinguished Teaching, Emerging Scholar and Annual Make a Difference awards. 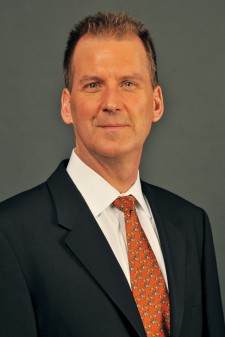 Gorczyca, professor of physics, is a first-rate theoretical atomic physicist with keen physical insight and unquestioned scientific integrity for work in the area of photon and electron initiated collisions. He has theoretical collaborators in Scotland, Northern Ireland and Sweden, and experimental collaborations with scientists from Columbia University and universities in Germany and Greece.

His impressive publication record lists more than 110 peer-reviewed articles in top-rated physics journals, as well as more than 30 invited talks at conferences, institutions and other universities. To support his research, he has had continuous funding for more than 15 years, largely from NASA, as the principal investigator. He has supervised three postdoctoral research associates, and he continues to supervise graduate students at the Ph.D. and master's degree levels.

Notably, Gorczyca was elected to Fellowship in the American Physical Society last year, a recognition awarded to less than 1 percent of the active members.

As fellow scholar says, "while it is possible to publish papers where the only new thing done is to change the charge state or the ion used before rerunning codes that have been run multiple times, Tom Gorczyca is not this kind of physicist." Instead, noted the colleague, he develops new methods for or emphasizes improvements to the qualitative understanding of different systems.

Another of his colleagues notes admiringly, "Although a theorist, he is one of the few that engages well with experimentalists, as witnessed by his many joint theory-experiment papers." 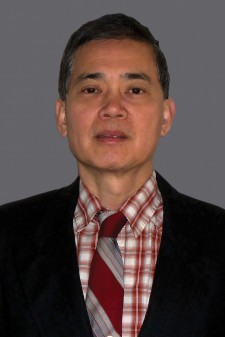 Xiong, professor of history, has done more than perhaps any other scholar to elevate the status of medieval Chinese history in the international community. He has written seven books in English and another five in Chinese, edited 10 journal volumes, contributed 26 articles and chapters, and reviewed 60 books.

He launched the highly regarded journal Early Medieval China and he was chosen to review the Metropolitan Museum's blockbuster exhibition, "China: Dawn of a Golden Age." His "Historical Dictionary of Medieval China," reissued in a paperback edition under the title, "A to Z of Medieval China," is a remarkable encyclopedia for scholars and students. Surprisingly, his new work includes the 2014 historical novel, "Heavenly Khan," which earned 4.5 stars on Amazon and GoodReads.

Fellow scholars admire his work, including one nominator who sees him as master of structural and narrative history, weighing contradictory evidence, extracting the relevant information from sprawling and often obscure texts, and classifying information succinctly and helpfully.

Xiong's languages include English, Chinese and Japanese, noted a colleague, who called him "a wizard in new-media based pedagogy." Another scholar quips, "How many of us can single-handedly write an encyclopedia of medieval China? Or encyclopedia of anything?" 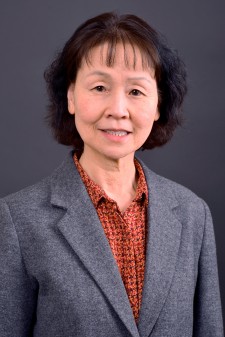 Zhang, professor of mathematics, has contributed greatly to the mathematical community. Her research is in combinatorics and primarily in classical and structural graph theory. She has authored or co-authored 270 research articles and five textbooks on graph theory, discrete mathematics and proofs.

"The Fascinating World of Graph Theory," published by Princeton University Press and translated into Chinese and Japanese, was named a 2015 Choice magazine Outstanding Academic Title in Mathematics, one of only nine books selected. Two of her books on graph colorings, published by Springer in 2015 and 2016, have been downloaded more than 4,000 times worldwide. Her co-edited 2013 book "Handbook of Graph Theory" is the most comprehensive single-sourced guide to graph theory and has originated major areas of research.

Her colleagues see themselves as grateful beneficiaries of her work. One nominator stated that over the past 40 years, he has "never known of anyone who has been as active in any one field of study, and brought more recognition to her university." Another scholar notes Professor Zhang "is an extraordinarily hard-working gifted researcher who has contributed greatly to the continuing growth of graph theory." While a third educator wrote, “How she has the time to do the multitude of things is a mystery."

She is often invited to speak at international conferences and to referee articles for journals. As another nominator puts it, "Western Michigan University must be very proud to have someone with her reputation on the faculty."