Three professors to be honored with Distinguished Teaching Awards

KALAMAZOO, Mich.—Western Michigan University will honor three individuals with its highest award recognizing faculty members for their work with students.

The late Michael Braun, Dr. Scott Cowan and Dr. Scott Slawinski will be honored as recipients of this year's Distinguished Teaching Awards during WMU's Academic Convocation at 11 a.m. Friday, Sept. 14, on the second floor of the Bernhard Center. The annual event includes a State of the University address by WMU President Edward Montgomery. In addition to the Distinguished Teaching Awards, the event will feature presentations of other campuswide awards honoring this year's Emerging Scholar and Distinguished Faculty Scholar as well as winners of the Distinguished Service and Make a Difference awards.

As Distinguished Teaching Award recipients, Braun, Cowan and Slawinski join 28 other faculty members who have been honored since the start of the award program in 2006. A similar program, the WMU Alumni Association Teacher Excellence Award, was conducted between 1966 and 2001 and honored 131 faculty members. 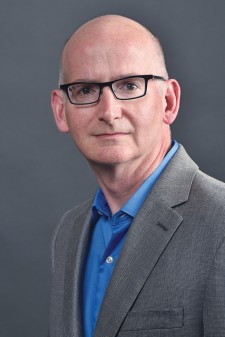 Braun, who passed away unexpectedly in late August, is being honored with the Distinguished Teaching Award posthumously. He was a master faculty specialist of Spanish who joined the Spanish faculty full time in fall 2004, after teaching Spanish at WMU on a part-time basis for four years. With more than 10 years of teaching experience at both the secondary and university levels, Braun oversaw the Spanish secondary education program.

He earned his bachelor's and master's degrees at WMU, and he implemented the International Baccalaureate Curriculum at Portage Northern High School and taught all five levels of Spanish at the high school for 12 years.

Braun presented award-winning workshops and conference sessions for local school districts and national organizations, including the Michigan World Language Association and the American Association of Teachers of Spanish and Portuguese. In addition, he was awarded the Barbara Ort-Smith Award from MIWLA, the most prestigious distinction an educator in the field of world languages can receive in the state of Michigan. He also was a member of the American Council on the Teaching of Foreign Languages.

Braun, a recipient of the 2015-16 College of Arts and Sciences Faculty Achievement Award in Teaching, was lauded by his students and colleagues for the enthusiasm he brought to the classroom and for his interactions with students.

A nominating colleague characterized Braun's office as one of the most inviting spaces on campus for its myriad Hispanic icons, including the flags of Spanish-speaking countries. He also had snacks on hand for visitors. "Think of a miniature, Hispanic version of the Plaza Café, and you will get the idea," the nominator wrote.

A former student commented that Braun was one of the educators who "most shaped my learning experience at WMU and my career as a teacher." 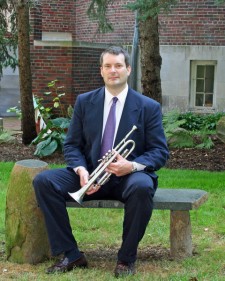 He holds bachelor's and master's degrees from the New England Conservatory and a doctoral degree from the University of Miami.

His students describe him as "dedicated, brilliant, warm and humble," guiding WMU's jazz programs along a path of excellence and prestige in the world.

Cowan "is one of the most knowledgeable and professional individuals I've ever encountered, always pushing us to be our absolute best," a former student wrote.

He is "hugely generous with his time and resources, constantly pushing his students to be better and to achieve greater depth and understanding," another former student wrote. "Private lessons with him will  frequently go over in time as he wants to make sure that the student has grasped and digested the material that he's working on with them. He's brilliant in rehearsals and has made the WMU Jazz Orchestra one of the finest ensembles in the School of Music consistently during his time at WMU." 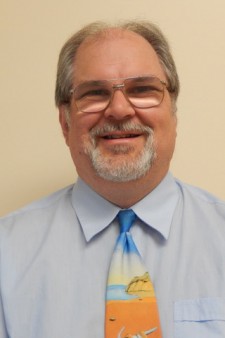 An author, his work has centered in the Colonial and early Federal periods from the 19th and early 20th century. His first book is "Validating Bachelorhood: Audience, Patriarchy, and Charles Brockden Brown’s Editorship of the Monthly Magazine and American Review," and he has received a grant from the Maine Women Writers Collection to begin his next book project, a biography of novelist Sally Wood and a critical introduction to her fiction.

"He is the most patient listener and willing advocate a student could ask for," wrote a former student, who emphasized Slawinski's willingness to meet and mentor students. "His encouragement of students at the undergraduate and graduate levels to take in the historical roots of modern literature is inspiring."

Those who have him as a teacher appreciate his willingness to navigate complex content with exceptional organization.

"Scott is one of those rare professors who is not only supremely knowledgeable about the things he teaches, but also passionate and excited about his topics. It's hard to express what a warm, inviting presence he is in the classroom, and how far that attitude goes to engendering a productive learning atmosphere," added another former student.