University to honor its top four staffers for 2017-18

KALAMAZOO, Mich.—Four staff members who have made exceptional contributions to Western Michigan University have been selected to receive the Annual Make a Difference Award.

The award is the highest accolade WMU bestows specifically on non-faculty employees for their service. Recipients are selected from each academic year's Semiannual Make a Difference Award winners. As such, they represent each year's most outstanding employees—the best of the best.

The recipients are Katie DeCamp, Susan Kramer, Jeff Stone and Connie Volenski. They will be recognized during WMU's Fall Convocation, set for 11 a.m. Friday, Sept. 14, in the Bernhard Center.

The event will feature WMU President Edward Montgomery's State of the University address as well as the presentation of four other sets of annual campuswide awards: the Distinguished Service, Distinguished Teaching, Distinguished Faculty Scholar and Emerging Scholar awards. It is part of daylong convocation activities that start at 8:30 a.m. 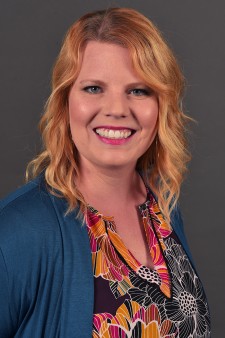 DeCamp came to WMU in 2013 and serves as manager of the Valley Dining Center. Initially, she was an assistant manager in the Burnham Dining Service and then the Bernhard Center Dining Service. She transferred to the Valley II dining facility in 2014 and was promoted to unit manager there a year later. DeCamp moved to the Valley Dining Center in 2016, when this popular facility with its nine micro-restaurants opened to the campus community and the public.

She oversees an operation that serves hundreds of people daily and employs some 250 students and nearly 40 full-time University staff. She hires and trains the student workers, as well as handles a wide variety of business- and food-related issues.

DeCamp was praised by her nominators for being phenomenally dedicated, organized, professional and pleasant—no matter how busy or demanding her day becomes.

"The managers are scheduled for a nine-hour day, but it is not unusual to find Katie here long after she was scheduled to leave in order to complete tasks or ensure that the dining center is completely ready to welcome its next special group (or event)," a co-worker wrote. "Katie is also known to show up on a scheduled day off because she wants to help our other managers if we have a special event, or if there is an unexpected absence."

Several nominators noted that DeCamp is an innovative problem-solver and shows personal initiative, such as when she took it upon herself to learn a newly approved software program for scheduling Dining Services employees, then implemented it in her facility and assisted in the program's implementation at other dining facilities on campus.

In addition, she was cited as role model and mentor for both assistant managers and student employees, partly due to being someone who develops an "awesome" rapport with students and shows up for work each day "with a sincere smile and unfailing energy." 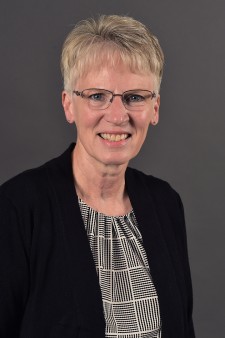 Kramer came to WMU in 2013 and serves as a custodian. She began her WMU career as a utility food worker in the Valley II Dining Service and soon after was promoted to second cook. She transferred to building custodial and support services in 2014 and is stationed in the Seibert Administration Building.

Without fail, Kramer's many nominators marveled at how well she knows her building and how thoroughly she does her job.

"Susan does not just go through the motions of 'cleaning' our building. She cares how it looks, too. She goes the extra mile to make sure that everything, and I mean everything, looks its best," one nominator wrote. Another WMU colleague succinctly reported that, "We have never had such an outstanding custodian in the Seibert Administration Building."

Seibert houses the Office of the President, offices for several other senior leaders and a mix of other critical units, such as admissions, orientation, accounts payable and Human Resources. There is heavy foot traffic from students, faculty, staff and off-campus guests year-round, and Kramer takes care of the large four-story facility by herself, as one nominator wrote, "99 percent of the time."

"How she accomplishes this, I will never know. She is on the go from the moment she steps in the door to the moment she leaves," a nominator wrote. "While she is keeping everything in tip-top shape, she always has a positive attitude. She is truly amazing."

Nominators repeatedly emphasized that Kramer gets to know the people in her building and regularly goes above and beyond the call of duty.

"She comes in every day with a positive attitude and is the hardest working custodian I have ever met," one commented. "She goes the extra mile, and it is evident everywhere in our building. She is not only hard working, but fast, thorough and kind to everyone she encounters. She is known and well-loved throughout the building." 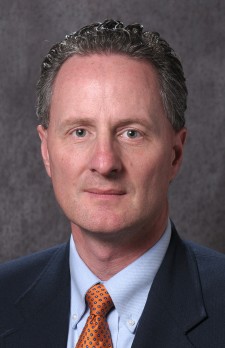 He is primarily responsible for managing and monitoring the academic progress of all WMU student-athletes as well as supervising his division's compliance with NCAA and other rules. His decades of dedicated service to student-athletes have resulted in many Bronco teams and individuals earning Mid-American Conference and NCCA honors for high grade point averages.

"The demands placed on [student-athletes] in terms of time and energy would be looked at as a recipe for disaster. Jeff has made this a recipe for student success," one nominator wrote about Stone's laudable outcomes. "He has created an environment of support and care, along with a little tough love."

Many nominators noted that Stone works behind the scenes and does so many tasks to support student-athletes and his division's sports programs that it would likely be delegated between multiple employees at other institutions.

"He's a tireless worker; consistently the first guy in the office at 8 a.m. and one of the last to leave, many times at 9 p.m. after our student-athletes have finished study tables for the evening," a colleague wrote.

Moreover, Stone is seen as a role model who empowers student-athletes to achieve their academic dreams, regardless of how demanding their majors are, while at the same time being a Division I athlete.

"Students continue to rate him as the most influential person in their time being a Bronco," one nominator revealed. "They also return by the hundreds to see him and reflect back on the stories of how Jeff motivated them to graduate and continue during even some of the most difficult times of their lives. Our student-athlete graduation rate continues to soar under his leadership." 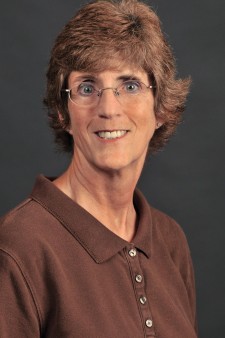 Volenski came to WMU in 2002 and most recently served as an administrative assistant II in the Department of Economics. Now retired, she began her employment as an information systems data clerk in Human Resources and was promoted to process associate in that unit in 2005. Another promotion occurred when she took the post of office coordinator in the economics department in 2007. Her position changed to administrative assistant II in 2015, and Volenski retired from the University earlier this year.

Nominators consistently cited her for her exceptional dedication, organizational and problem-solving skills, professionalism, and innovations. In addition, they credited her with keeping the administrative side of her department running smoothly—all the while maintaining a welcoming and positive attitude.

"She is incredibly smart, can synthesize her experience over many years in different positions on campus and if the answer does not come to her quickly," a departmental colleague wrote, "her dogged determination rules the day and she always finds a way through any difficulty."

Volenski also was characterized as "the life-blood of our department" and "the most thoughtful, organized and can-do staff member I have seen in the department during my 24 years at WMU." Additional nominators commended Volenski for her willingness to work after hours and on weekends to solve problems and ensure people get what they need and for her willingness to patiently help others, be they administrators, faculty members, or students.

"She is always pleasant and offering a helping hand. She is known for treating everyone with respect," one nominator wrote in summing up Volenski. "Speaking more broadly, she is the anchor in our department. She handles the largest projects and tiniest tasks with the same stellar professionalism."