The event, which begins at 11 a.m., also will feature WMU President Edward Montgomery's State of the University address and presentation of other campuswide honors, including the Distinguished Teaching, Distinguished Faculty Scholar, Emerging Scholar and Annual Make a Difference awards.

As recipients of the Distinguished Service Award, Covell and Thannhauser join 63 faculty and staff members who have received the accolade since it was established in 1980. The two were chosen from among nominees across campus who have demonstrated exceptional service in areas that reflect innovative and effective programming, increased WMU's stature or extended WMU's impact and presence into the larger community. Both will receive a plaque and a $2,000 honorarium. 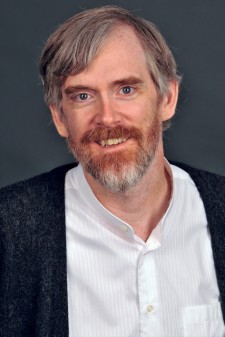 Covell has been comparative religion department chair since 2010, director of the study abroad Japanese Religion and Culture Seminar and founding director of the Soga Japan Center at WMU. He has also served as an associate professor and assistant professor since coming to the University in 2003. Prior to coming to WMU, he was a lecturer, translator and research associate with more than 10 years of experience of living and conducting research in Japan. While in Japan, he also served as a research associate at Taisho University, the University of Tokyo and at the Institute for Asian Cultural Studies at International Christian University.

His efforts at WMU also extend to helping organize international seminars, conferences and workshops for faculty and students to take part in a variety of global issues.

"When it comes to service to the third pillar of WMU's mission, global engagement, Dr. Covell has set a standard that few others could meet," wrote a colleague.

A former WMU graduate student and current colleague praised Covell not only for his educational professional accomplishments but his attention to all students. "He is always willing to share his knowledge with his students and encourage them to expand their understanding and appreciation of different religions other than their own," stated the recommendation. 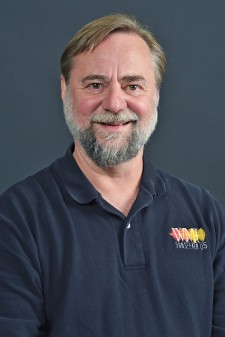 Besides begin named a Distinguished Service recipient, Thannhauser's other WMU honors include a 2010 Outstanding Staff Award and a 2002 Outstanding Service to Students Award, both from the College of Engineering and Applied Sciences, and he was named a 1990 All-University Graduate Research and Creative Scholar.

He earned a bachelor's and a master's degree in mechanical engineering, both from WMU.

Thannhauser's work was praised for being indispensable in many areas, whether fixing a bug in a computer, designing and building new devices, writing computer programs or driving a forklift. He maintains and improves computer laboratories, trains teaching assistants and mentors student senior projects.

He "understands the role of an educator and, as such, challenges and encourages students to take ownership of their project, while providing guidance," wrote a WMU faculty member.

His service was noted on campus as well as in the community volunteering with high school students.

"It is clear that Pete enjoys his job and performs it very well," noted another faculty member. "He is well respected by students, staff and faculty. He has also saved the University significant expenses by coming up with effective low-cost solutions that often would never have been available without him."