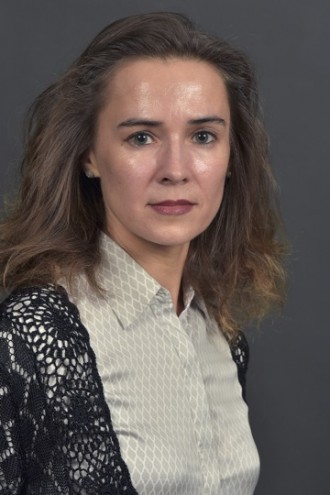 KALAMAZOO, Mich.—A leading figure in the field of theoretical nuclear physics will be honored by Western Michigan University as an emerging scholar during a campuswide awards ceremony this month.

The event will feature WMU President Edward Montgomery's State of the University address as well as the presentation of four other sets of annual campuswide awards: the Annual Make a Difference, Distinguished Faculty Scholar, Distinguished Service and Distinguished Teaching awards. It is part of daylong convocation activities that start at 8:30 a.m.

Launched in 2006, the Emerging Scholar Award program acknowledges the accomplishments of WMU faculty members who are among the rising stars in U.S. higher education. It is designed to celebrate the contributions of faculty who are in the first decade of their careers at WMU and who, by virtue of their contributions to scholarship or creative activity, have achieved national recognition and demonstrated outstanding promise to achieve renown in their continuing work.

Litvinova joined WMU's faculty in 2013. She also is an adjunct faculty member at the National Superconducting Cyclotron Laboratory based at Michigan State University and previously was the Facility for Rare Isotope Beams Theory Fellow and a visiting assistant professor at MSU. She received her doctoral degree with distinction from the Bogoliubov Laboratory of Theoretical Physics in Russia and early in her career, was a scientist at institutions in Germany and Russia.

Described by one WMU administrator as a "remarkable young physicist," Litvinova focuses her research on better understanding the fundamental structure of the several hundred different kinds of nuclei that are found at the heart of atoms.

"Understanding exactly how these nuclei are structured and predicting their properties under a variety of extreme conditions is at the very basis of understanding how the universe of matter works," the nominator wrote. "I can assure you that the theoretical nuclear physics community looks to Elena as a leader in furthering our understanding of nuclear structure."

At WMU, Litvinova leads a nuclear theory group with postdoctoral research associates and graduate students in training. Her work requires creating sophisticated modeling software to be run on powerful computers, and she has developed and maintained several multi-institutional collaborative groups that work together on the complex calculations this work requires.

"It is clear that Elena has become a leading figure in the field of theoretical nuclear physics. This is most evident by her receiving the National Science Foundation's CAREER award. This award is given to only a very few researchers, selected from all fields of science," a fellow WMU physicist wrote in nominating her. "She is on the forefront of efforts utilizing modern computer power to understand the structure of atomic nuclei in finer detail. Her calculations have gone a long way toward helping us to understand why certain nuclei are more stable than others, what energies are required for them to enter excited states and how the elements in the universe are formed within stars."

Although praised as an outstanding teacher, Litvinova is widely known for her scholarly activities. They include numerous publications in peer-reviewed journals, service as a referee for papers seeking publication in the world's top physics journals, and invitations to present her work at conferences and workshops around the globe. Her own articles are cited by other researchers at rates that are typical of more senior scientists in her field, and her research program has received continuous funding from the National Science Foundation for several years.

"She is certainly one of the most active and productive theorists working in modern nuclear physics," one researcher with whom she has collaborated wrote. "The organizers of the most prestigious nuclear physics conferences consider it a real success if they are able to announce Elena as one of the main speakers."

Her stature in the scientific community was further illustrated recently when Litvinova flew to Washington, D.C. to serve on a National Science Foundation panel that was deciding which proposals should be funded and when she was granted a 12-month sabbatical leave to be an invited visiting researcher hosted by the GANIL accelerator lab in Caen, France, and the Université Paris-Saclay.

The sabbatical should be a fruitful partnership, given how beneficial her nominators at the National Superconducting Cyclotron Laboratory view the state-of-the-art theoretical calculations Litvinova conducted for several projects there.

"I evaluate the scholarly work performed by professor Litvinova very highly and amongst the most impactful in the international theoretical nuclear science community," one of those colleagues wrote. "She conducts forefront science and makes important and unique contributions to the field, with applications in nuclear astrophysics and beyond."