KALAMAZOO, Mich.—A unique collaboration meant to catalyze conversation on racial biases will take place at Western Michigan University. The events involve book circles discussing bestselling author Ibram Kendi's book, "How to be an Antiracist," a visit and discussions with the author himself, as well as a WMU Theatre production of "Gem of the Ocean," the first in playwright August Wilson's 10-play chronicle of the African American experience.

"This is significant," says Dr. Luchara Wallace, director of the Lewis Walker Institute for the Study of Race and Ethnic Relations at WMU. "How are we as an institution thinking about what that means for us and who we are? Those are the kind of conversations we're really trying to start this semester." 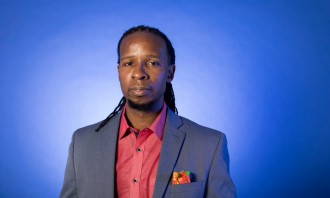 The Walker Institute and the University Center for the Humanities are hosting book circles on campus to engage students, faculty and staff. Each group will involve two facilitators to help lead discussions about Kendi's book. They will each meet three times in advance of the author's visit to campus:

Kendi is a nationally known historian, focusing on African American studies and founding the Antiracist Research and Policy Center at American University. His newest book, "How to be an Antiracist," challenges readers to reach beyond awareness of racism and think about how to make society more just and equitable.

Kendi will discuss his new book in a lecture co-presented by the Walker Institute and the Center for the Humanities in its "Freedom" series on Friday, Nov. 15, in 2000 Schneider Hall. The event is free and open to the public. The lecture and book circles will qualify for WMU Signature credit.

Gem of the Ocean 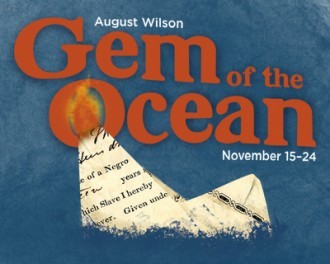 The author's visit coincides with opening night of WMU Theatre's production, "Gem of the Ocean." Described as a "powerful story of holding on to your ancestry in order to forge your future, the play, set in the early 1900s, follows Citizen Barlow as he embarks on a spiritual and mythical journey to redemption via a slave ship.

The play ends with a charge to the audience: "The battle never ends; how will you fight?"

"I want people to have a new level of social consciousness," says Lofton Durham, associate professor of theatre history and a founding member of the Center for Humanities, who is directing the play. "Universities to me can be the pulsing, beating heart of communities, so how can we expose more people to interesting material?"

Kendi will watch the play in Shaw Theatre on opening night—Friday, Nov. 15 at 7:30 p.m.—and lead a discussion with the audience immediately after the performance. Tickets for the play can be purchased at the Gilmore Theatre Complex box office, by calling (269) 387-6222 or online. There are also performances scheduled for Nov. 16, 21 22, 23 and 24.

WMU Theatre's production is presented in conjunction with "Black Refractions: Highlights from the Studio Museum in Harlem," which is on display at the Kalamazoo Institute of Arts until Dec. 8. The exhibition reflects nearly a century of work created by artists of African descent.

A companion show to the exhibition is on display right now in the Richmond Center for Visual Arts at WMU. "Spiral: Up & Out" features work from a groundbreaking group of African American artists active in New York City from 1963-65 in the midst of the civil rights movement.

Late WMU professor emeritus Reginald Gammon is among the Spiral artists featured in the collection. A nationally known painter and printmaker, Gammon taught at WMU for 21 years before retiring in 1991. His works focused on people in the context of social justice issues.

"The work I've seen from the 'Spiral: Up & Out' exhibit is amazing," says Paul Sizer, assistant director of the Design Center at WMU's Gwen Frostic School of Art and one of Gammon's former students. "It helps to contextualize the drive and counsel that Reggie gave during the time he was my teacher."

"Spiral: Up & Out" will be featured in the Monroe-Brown Gallery through Oct. 13.